Brooklyn, 1957. Lionel Essrog (Edward Norton) is a private investigator who suffers from Tourette’s syndrome. He also has an eidetic memory for detail which makes him perfect for the job. Once an orphan, Lionel was taken under the wing of private investigator Frank Minna (Bruce Willis) who became his mentor and something of a father figure. Frank operates a rundown detective agency. But when Frank is murdered while conducting an investigation into some shady business dealings that involve real estate developer Moses Randolph (Alec Baldwin) Lionel investigates by himself, hoping to learn the truth. 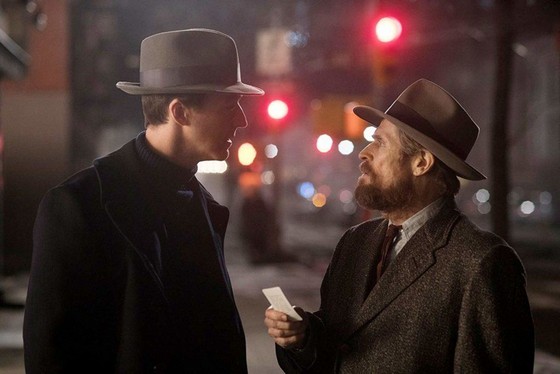 He uncovers shady business practices, institutionalised racism, and high-level corruption surrounding Randolph’s ambitious plans for redeveloping large sections of Brooklyn’s residential area. The main trouble is that much of the housing to be redeveloped is home to a large proportion of the negro population. Lionel meets up with Laura Rose (Gugu Mbatha-Raw), an activist trying to stop the urban redevelopment, the demolition of Brooklyn’s community housing and forced relocation programs. Lionel is led down a rabbit hole of secrets, conspiracy, lies and violence in trying to uncover the secret that Frank had uncovered and which led to his murder.

Motherless Brooklyn is something of a passion project for Norton, who himself has adapted Jonathan Lethem’s 1999 novel for the screen. But he has changed the setting from contemporary Brooklyn to that of the 50s, giving the material the trappings of classic “gumshoe” noir of the period. In dealing with themes of power, corruption and greed in the post-WWII economic boom and rebuilding of America, Motherless Brooklyn has a few similarities with Roman Polanski’s classic 1975 noir Chinatown. The look is further enhanced by the evocative lensing of Dick Pope (Mike Leigh’s regular cinematographer) and Beth Mickle’s superb production design. The period detail is wonderfully realised.

Norton has also directed the film, his first outing on the other side of the camera since Keeping the Faith in 2000. He makes good use of locations to lend authenticity to the background, and the film is also suffused with a lively jazz influenced score, some of it played live.

Norton (Birdman) is excellent as Lionel, giving the character his many mannerisms and bringing his usual level of intensity. Mbatha-Raw (A Wrinkle in Time) is very good in a well-developed role, although her character doesn’t exist in the book; Norton wrote the part especially for her. Willis (Glass) has a strong screen presence in a small role. Baldwin (Mission: Impossible – Fallout) is also good as the arrogant, Trump-like real estate developer with grand dreams of transforming Brooklyn whatever the cost. (The character is supposedly based on real life developer Robert Moses.) Norton has also assembled a strong ensemble supporting cast that includes Willem Dafoe (The Lighthouse), Bobby Cannavale, Leslie Mann, Dallas Roberts, Cherry Jones, Fisher Stevens.

However, the running time of just shy of 150 minutes seems a little indulgent as the film moves slowly and lacks any real sense of urgency.