This production of A View from the Bridge was first presented at the Old Fitz Theatre in Woolloomooloo, in 2017. There has been some major casting changes with Anthony Gooley now playing Eddie Carbone and Scott Lee essaying the antagonist, Rodolfo. Otherwise, Giles Gartrell-Miles (Louis), David Lynch (Alfieri) David Soncin (Marco) Zoe Terakes (Catherine) and Janine Watson (Beatrice), are re-creating their original contributions.

Written by Arthur Miller, originally as part of a double-bill (A Month of Two Mondays, the other half), in 1955, it was revised into the form that we see here at the Ensemble Theatre. A one act play that plays for, almost two hours without interval, and has the growing presence of unfortunate catastrophe gathering, to cast a shadow of disaster, pulsing with the flesh and blood of the men and women of the story, that will be sacrificed for us in an inevitable shattering climax. 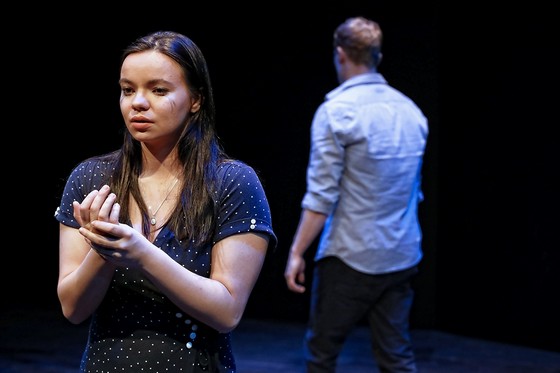 Miller’s work is generally inspired by his obsession with the social agenda plays of Henrik Ibsen and the responsibility of the artist as storyteller (shaman) for his ‘tribe’, braced in the power of the primal, great Greek Dramas of 2000 years ago.

Death of a Salesman (1949) and The Crucible (1953) are two of the perennial plays of his that can be found to be on the constant revival schedule of theatre companies, and still are as powerfully relevant for the audiences who attend to the work today, as those who attended over the past sixty-odd years. A View from the Bridge has grown to be part of that reputation. A recent Young Vic production was broadcast in the local cinemas as part of the National Theatre program (which I saw, as well, live in New York). Directed by Iva Van Howe, a few years ago, it’s evidence of that growing history – a memory that is indelible.

Put these great plays on the machinery of the theatre production track, cast them with creative artists and actors of courage, who are inspired not only to show the ‘visible’, but who, also, need to dig deep for the ‘vision’ of the play/the playwright, to bring to the light the responsibility of the cultural necessity of its confronting ‘visibility’ and an unforgettable ‘lesson’ will be made. (It is what I protested about with Neil Armfield’s treatment of Andrew Bovell’s Things I Know to be True – a production that diminished the cultural necessity of its need to be told.)

This is what Mr Sinclair has done with this revival of A View from the Bridge. On a bare setting of wooden floor and walls with only a single wooden chair and a switch-blade knife as props (set designer, Jonathan Hindmarsh), in period costume (costume designer, Martelle Hunt), one leaves the Ensemble Theatre shattered but exhilarated. 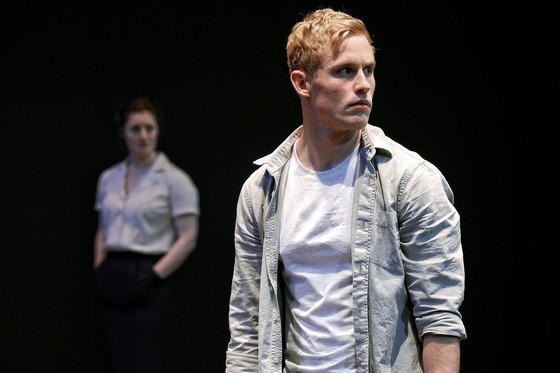 Life can be extraordinary. The human species is flawed but majestic when framed with such dedicated ambition and skill.

Most of this production’s artistic values are in tack, but there’s still room for discussion and disagreement, if one wants to have close discussion in the coffee shop or bar, afterwards. But, whatever your point of view may be, A View from the Bridge ought to be in your diary as an unmissable experience. Do go.