Christchurch based author Paul Cleave has had a way of creating scenarios and settings for his novels that have kept this reader awake and mildly anxious for a long time now. Whatever it Takes is a bit of a departure from his previous style, set in the USA, eschewing a lot of the slight paranormal elements that have been part of his previous books – making this particularly intriguing reading. 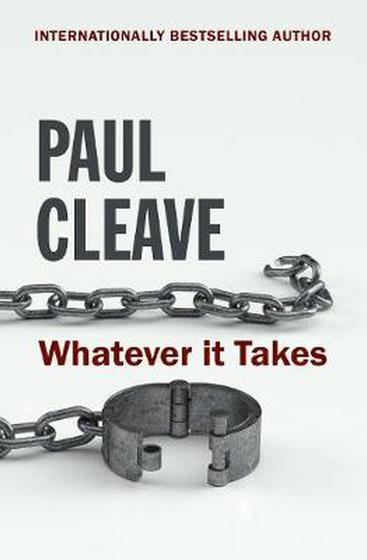 Cleave is, as fans of his are acutely aware, one of the great storytellers. His characters inhabit the places they move through, and the plots they encounter with considerable aplomb. They are often slightly flawed, conflicted, tricky people, engaged in a complicated balancing act between black and white. As is the case with Deputy Noah Harper who kicked the black and white into very murky grey when searching for a young kidnapped girl many years before. So much so that he lost his job, his wife, and had to leave the small town he had been happy in.

Warned if he ever returned he’d go straight to jail, he’s been living in the big city, running a bar, minding his own business. Until the phone call that tells him that same girl is missing again, and her father is calling in past promises. If he goes back to Acacia Pines, he’ll have to confront a lot of ghosts from the past – most of whom are still living and bearing some very big grudges.

Cleave has created a wonderfully nuanced set of characters as always. Harper is a hard man, with a conscience, which he can park around the back if the perceived sin is greater than the act of resolution. Setting the action in the USA, Cleave has created an environment that these characters and the plot make sense in. Everybody and everything in this novel feels authentic, even the sly humour of the type that fits right into the Christchurch setting works in this small town, heartland USA setting.

A bit of a page turner, Whatever it Takes, is not just a crime thriller though. There’s plenty of problematic issues, and that ever present exploration of black and white, and the lines that good and bad people draw in the sand. Then kick into obscurity.

Whatever It Takes has been shortlisted for the 2020 Ngaio Marsh Award for Best Novel.