The sensitive and affecting film Adam takes a close up look at two women from a poor Casablanca neighbourhood caught in an emotional maelstrom.

Abla (Lubna Azabal) is a dour widowed mother who can’t get over the untimely death of her husband. Meanwhile, Samia (Nisrin Erradi) faces the imminent birth of a child alone and on the streets, without a roof over her head. 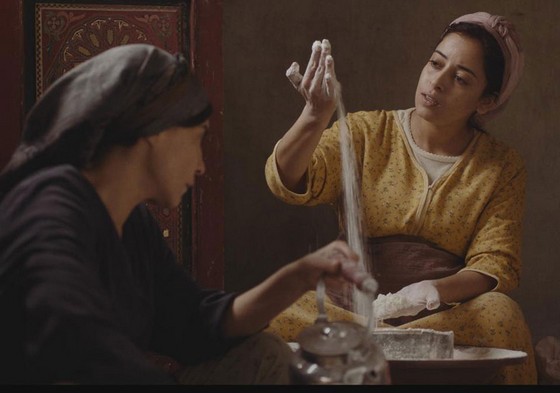 Clearly intelligent and resourceful, Samia goes door-to-door looking for work. A hairdresser by trade, she’s also adept at cooking and cleaning, but no-one will engage her. Finally, she catches the eye of an eight-year-old girl, Warda (Douae Belkhaouda), who is eager to welcome her. But her mother – Abla – feels entirely differently. Samia seeks refuge on a bench outside Alba’s home. Eventually guilt gets the better of Abla and she lets Samia stay for the night. One night becomes two and so on and although the two women’s path to trust is far from straightforward, they bond, while Abla’s daughter has taken an immediate shine to Samia. The latter also proves her worth in the kitchen, from where Abla makes a living selling bread and pastries. Abla is also being wooed by the local produce delivery man, but she tries to ignore his advances.

The women’s back stories are gradually unveiled during the course of the picture, although the fine details of Samia’s “mistake” are never revealed. While you could reasonably argue that the trajectory of Adam is obvious, that’s not to take anything away from the performances of Lubna Azabal (Incendies)  and Nisrin Erradi in the leads. They invest their all into their respective roles. They imbue their characters with a single-mindedness and dignity as the story arc shifts. Each is excellent.

Belkhaouda is a little charmer and provides some lighter relief as the dutiful but cheeky daughter. Aziz Hattab is somewhat too eager as Abla’s suitor, Slimani, hardly a fully fleshed out character. The expressions and gestures – a look here, a touch there – define this movie. So, too, the exquisite cinematography, including especially impressive close ups, by Virginie Surdej. These are things of real beauty – so expressive.

Now, if you want a neat, Hollywood ending … well, you will just have to see Adam to find out. Suffice to say, I found the conclusion most satisfactory. While the film unashamedly pulls at the heartstrings, for the most part it does so with a deft touch. It is an impressive directorial debut from Maryam Tourzani, who also wrote the screenplay.