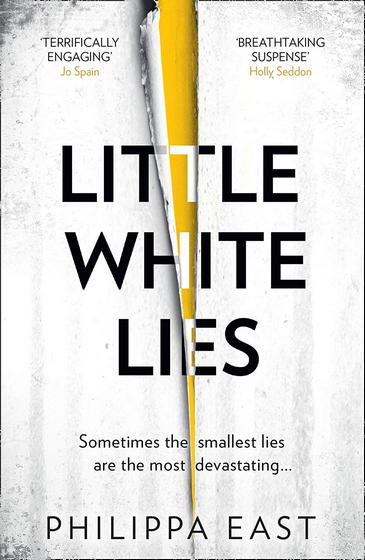 Tapping into the guilt of parents everywhere who have all had their days where it simply went to hell on public transport, Little White Lies is a novel about repercussions, regret and the tangled webs we weave.

The life of the White family moved on, as it had to, after the disappearance of young Abigail from a busy London subway platform.  Anne has kept her family together whilst managing her grief, attending to the necessary tasks of raising her twins and being a supportive spouse to her husband Robert. Receiving a call that Abigail has walked into a suburban police station, holding the hand of another missing child, floors the Whites and opens the floodgates anew to all the questions of who took their daughter all those years ago.

Abigail is now a troubled teenager and has little to offer up about what happened in the intervening years.  Lilian, Anne’s forthright sister, never had a kind word to say about Abigail’s biological father Fraser and it was an effort to extract Anne from her toxic domestic situation when Abigail was small.  Now with all the media attention on the miraculous return of Abigail, Fraser reappears in Anne’s life.

Written from the perspective of Anne and of Abigail’s young cousin Jess, Little White Lies is a deep family exploration into what happens when a missing child re-enters the life of her loved ones.

If you are the kind of reader that shrinks from picking up ‘under the stairs’ misery-lit novels about abducted children, rest assured that this novel does not spend time on the gory descriptives.  Little White Lies doesn’t pretty up the realities of the homecoming though, for it doesn’t return a picture perfect little girl back into the White family. Abigail isn’t a sad shivering wreck, she’s angry.

Little White Lies with its dual narratives presents the views of an adult and a child who are each enmeshed in the drama of an unexpected return after abduction – Anne and Jess are unaware of how much insight the other holds. What Abigail is experiencing after being re-deposited back into a family that had continued on without her is explored through her interactions, and it is difficult to get a purchase on why she is not happier about being reunited with her parents, siblings and extended family.

This is not a racy thriller with twists and turns at the end of each chapter but more a purposeful march towards the one big unknown fracture that is alluded to throughout the book.  Little White Lies ramps up the action as expected as we near the conclusion but these scenes are not the strength of the book; it is more the layering of slightly skewed viewpoints, multiple players and unresolved conflicts that deliver the novel’s considerable punch.

UK author Philippa East grew up in Scotland and spent many years working in the UK as a clinical psychologist. Little White Lies is her debut novel and published by Harper Collins Australia.