A feel-good road trip, The Peanut Butter Falcon concerns a couple of outcasts who take to each other like ducks to water. A down-on-his-luck fisherman and a young man bent on achieving an impossible dream make their way down the waterways of a mythical American South. 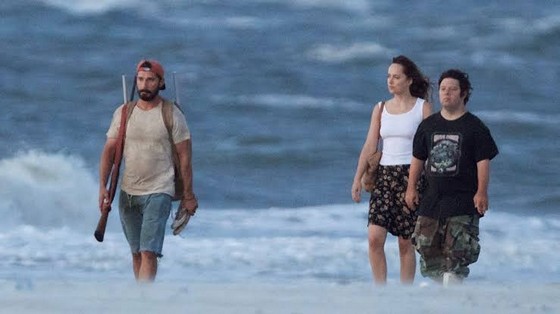 At a loose end since the death his brother, Tyler (Shia LaBeouf) has resorted to stealing the catch of other crab fishers to survive. At the same time, Zak (Zack Gottsagen), a young man with Down syndrome, imagines becoming a professional wrestler. He’s “incarcerated” in an old people’s home – due to a lack of alternatives – attended by conscientious and caring aide Eleanor (Dakota Johnson). He’s forever plotting to escape the place he has called home for the past two and a half years.

Zak eventually does break out … in only his Y-fronts. As luck would have it, he hooks up with Tyler, who is being pursued by a pair of angry fisherman (John Hawkes and Yelawolf). So, both Zak and Tyler are on the lam, being tailed by different forces as they make their way from North Carolina towards Florida. For Zak, Florida is nirvana because that’s where he expects to find the professional wrestling school of his hero, the Salt Water Redneck (Thomas Haden Church). Along the way, the pair meets a number of other colourful characters.

Sure, The Peanut Butter Falcon is far-fetched, but it’s hard dismiss the movie’s intent. It’s an uplifting folk story celebrating the friendship of unexpectedly kindred spirits.

Hanging it all together is the central character of Zak. I found something endearing about his soul. As played by Gottsagen (in his first feature film role), he seems willing to give just about anything a go; and that makes him inspirational. We haven’t seen a lot of LaBeouf in recent years, but he impresses here. Johnson is effortlessly delightful as the hardworking Eleanor.

The plot becomes more and more fanciful as the film progresses; but its heart is always in the right place thanks to the efforts of writers and directors Tyler Nilson and Michael Schwartz.

Many will enjoy what this little picture has to offer, even if the real world is a lot harsher than the magic the screenplay spins.