André Leon Talley is larger than life. He’s human dynamo who has embraced the fashion world like few before him. What? You’ve never heard of him? Well neither had I, but now I know a whole lot more thanks to The Gospel According to André. 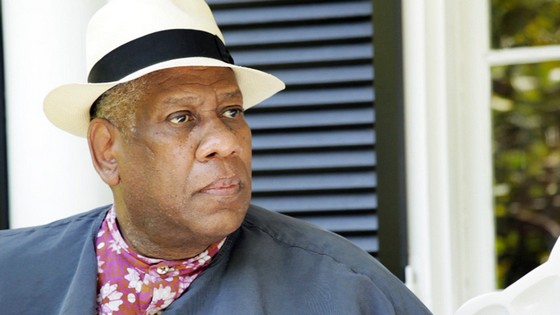 I know his inner sanctum includes some of the biggest names in the business; and they sing his praises. I know he wears capes. They are his signature pieces. His grandmother, who raised him, was a big influence and he misses her.

André own influence is great, and his seal of approval is highly regarded and sought. His tastes in clothing and adornment around the home are colourful, busy and eclectic. He also empowers and enriches the lives of fellow African-Americans because he stands up for all he believes in.

Kate Novack’s cinematic portrait takes us on a journey from André’s roots in then-segregated North Carolina to become one of the most influential taste-makers and fashion curators of our times. The documentary draws connections between the elegance of André’s beloved grandmother and the black church of his youth and his later iconic work at publications like Women’s Wear Daily, W and Vogue. The film includes interviews with Tom Ford, Diane von Furstenberg, Marc Jacobs, Manolo Blahnik, Valentino and Anna Wintour.

The doco unfolds in chapters, although I can’t say the delineation of one from another in terms of content was at all clear … and if you are going down that path it should have been. As successful as his professional life has been, his personal life has an emptiness about it that I would have liked to explore further. I wanted to get greater insights into his being, including his disappointments. Hardship is referenced, but quickly dispensed with. Why?

In the end, The Gospel According to André is interesting but more superficial than insightful. More’s the pity, because a warts-and-all-look would have been more compelling.