This comprehensive documentary about the rise and fall of the iconic and flamboyant fashion designer, simply known as Halston, is a tale of fashion, fame and hubris. 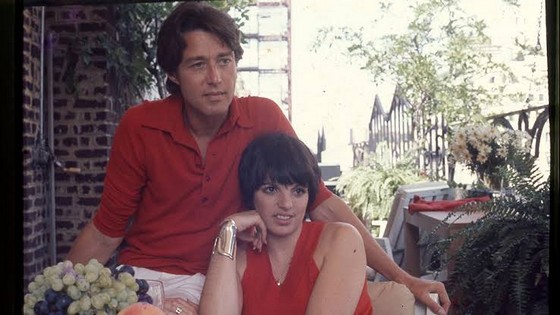 Roy Halston Frowick was born in Iowa in the Depression era, but made his reputation in New York in the 70s. He started his career as a milliner. He designed the iconic pillbox hat for Jackie Kennedy, which basically established his reputation and made him a household name. He became the main designer at upmarket New York department store Bergdorf Goodman and made a fortune. He was a game changer who put American fashion on the map and his influence was undeniable. He took his innovative yet simple fashion designs to the world with shows in Paris and China. He was one of the first designers to use models of colour as well as oversized models to show off his fashions. He also designed perfumes.

Halston frequented the infamous Studio 54 in New York during the halcyon days of disco, hanging out with the likes of Elizabeth Taylor and Andy Warhol. It was also there that he acquired his expensive cocaine addiction. But then a lucrative but ill-advised contract with discount chain J C Penneys in the 80s which alienated his upmarket clientele and brought it all to a halt. He lost both his business and the rights to his company name in a nasty corporate takeover. Halston eventually moved to California where he lived a quieter life until he passed away from an AIDS related illness in 1990.

The director is Frederic Tcheng, a French born filmmaker who is no stranger to the world of fashion documentaries having previously given us Valentino: The Last Emperor and Dior & I. He has drawn on a wealth of archival material, television footage and in-depth interviews to provide this detailed look at the designer who essentially put American fashion on the map. There are extensive interviews with Liza Minelli, with whom Halston often collaborated; filmmaker and former costume designer Joel Schumacher; actress Marisa Berenson; and his even loyal secretary who talks about his prodigious and exhausting work habits. But to many Halston still remains something of an enigma. Tcheng attempts to give context to Halston’s life, and attempts to restore his tarnished reputation.

However, Tcheng has also employed a rather clumsy framing device to shape the film. Tavi Gavenston (Enough Said) features as a fictitional archivist digging through the Halston company records to uncover the truth behind the collapse of his business in the 80s. This noir-like device also illustrates the ruthless, cut-throat nature of the fashion business.

Halston’s colourful life is set to soon be explored in a miniseries, with Ewan McGregor stepping into the role of the iconic fashion designer.