The Goldfinch spends a great deal of time working out how the puzzle fits together. 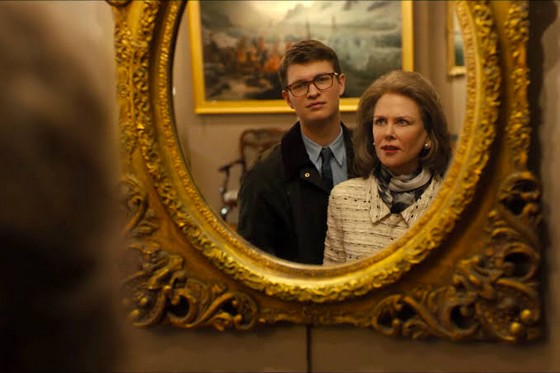 Theodore “Theo” Decker was 13 years old when his mother was killed in a bombing at the Metropolitan Museum of Art. Not surprisingly, it changed the course of his life. Moments before Theo’s attention was taken by a pretty, young redheaded girl, Pippa, who re-enters his life many years later. With his dying breath, an elderly gentleman who was with the little girl pleaded with Decker to remove a most precious painting from the rubble and take it with him. That he did and Decker has kept it close ever since, through the ups and downs he has endured. The world believes the art-work was destroyed in the explosion.

Based on Donna Tartt’s Pulitzer Prize-winning novel, The Goldfinch is a drama with thriller elements. The screenplay is by Peter Straughan (Tinker Tailor Solider Spy), with direction from John Crawley (Brooklyn). You need to concentrate to keep up and follow. Some elements make more sense than others. It also jumps around in time quite a bit, too much for my liking. The filmmakers have also strung matters out unnecessarily and allowed them to become too convoluted for its own good.

Don’t get me wrong, I quite enjoyed the cat-and-mouse game and the character of Theo. People step in and out of his life … and then back again.

Oakes Fegley and Ansel Elgort do a decent job with the introspective characterisation of Decker. I also enjoyed the zest in the role of Pippa, as depicted by Willa Fitzgerald and Ashleigh Cummings. Nicole Kidman plays largely contained as wife and mother to an affluent family – that takes in young Theo – that has its own issues.

As far as I’m concerned the script needed tightening. It tried to be too smart by halves, which was one of the reasons it was dragged out. Still, the psychology behind it appealed to me. Incidentally, the title is drawn from a 17th century painting by Dutch artist Carel Fabritius.