Traditional cultural beliefs clash with modernity in the searing Norwegian drama What Will People Say (Hva Vil Folk Si). Writer and director Iram Haq’s evocative semi-autobiographical work clasps you tight as you desperately hope for a way out for a trapped teenager. 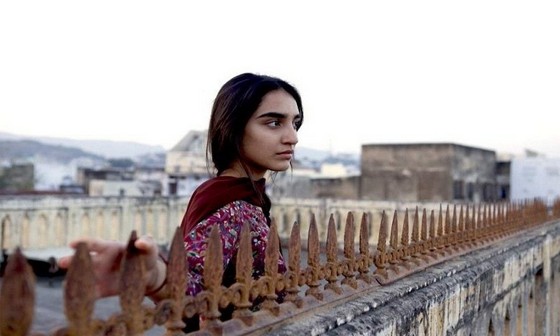 As the film opens in Norway, Nisha (Maria Mozhdah) is balancing two separate lives. She enjoys slipping out and enjoying the Oslo nightlife with her high-school friends. But at home she’s the dutiful daughter for her deeply conservative parents and extended family.

She fancies one guy in particular; but when she oversteps the mark suddenly her world crashes down around her. Her father Mirza (Adil Hussain) is furious and ashamed. Egged on by his influential social circle, he takes drastic action to “protect” his daughter from the “pitfalls” of life in the West.

To that end, she’s effectively kidnapped by her dad and her brother and sent to live with an aunt’s family in Pakistan. It’s a life she knows nothing about. Not surprisingly she tries to rebel, but even when she complies her teenage feelings have disastrous consequences.

I sat shocked and mesmerised in equal measure. It’s all very confronting. It is infuriating and alarming to watch, such is the power of the performances and the script.

Young Nisha is desperately trying to make sense of it all. If she were weaker she would just roll over, but Nisha is built of sterner stuff and tries to extricate herself from her predicament. However, try as she does, the door appears to slam shut at every turn.

Maria Mozhdah says so much with her sad eyes. The strong score by Lorenz Dangel and Martin Pedersen serves to heighten the tension.

What Will People Say opens up healthy discussion about just what goes on in the world, the strength of cultural ties and the status of women in a closed society. While hardly a pretty watch, this is an important and heart-wrenching film about injustice and oppression.

What Will People Say is screening as part of the Scandindavian Film Festival over coming weeks. Click the links for full details of screening times, venues and ticketing.