Something is not quite right with talented artist Rosalind (Olga Kurylenko) in Paula van der Oest’s The Bay of Silence. 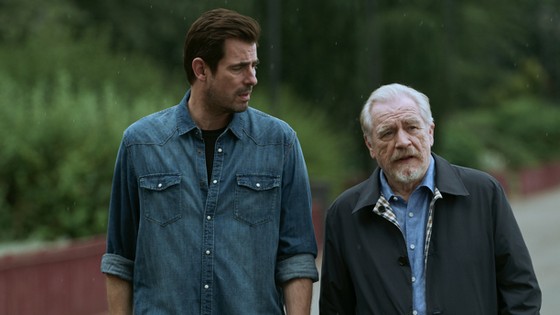 One minute the mother of young twin daughters is exuberant and full of life. The next, she’s sullen and suspicious. She sleepwalks and claws at the walls. Then she meets and falls for Will (Claes Bang) – and he reciprocates. Notwithstanding a horrible accident, the pair has a child together – an adorable son named Amadeo. They seem happy and live a comfortable, upper middle-class existence in their London home.

But when a parcel arrives, Ros furiously packs her bags and leaves. Cool-headed Will tries to make sense of what has happened, but the mystery only deepens. Heartache is to follow as he traces her to Normandy in France. In time we find out what happened to Ros as a teenager and how that shaped the person she became.

Caroline Goodall provides the script, based on Lisa St Aubin de Teran’s novel of the same name. The Bay of Silence has a lot going and things get complicated. In fact, too much for its own good.  Red herrings are one thing, but confusion is another and The Bay of Silence tends to follow that road. It can’t exactly be called subtle either. Notwithstanding all the twists, I worked out relatively early on who the perpetrator was. Then it became a case of joining the dots.

I can’t say the acting is top shelf. Some actors aren’t totally convincing. Regardless of his charm, I felt Claes Bang was too calm during moments of high tension.

I generally warm to whodunnits, but The Bay of Silence isn’t the best of breed.