Esoteric claptrap or a masterful and challenging work? There’ll be advocates on both sides with The Square, which won the Palme d’Or at the 2017 Cannes Film Festival. It’s slow moving and tortuously long. I defy anyone to neatly make sense of it all because there are undoubtedly obtuse elements. Underpinning it is the meaning of art. But it also touches on caring for each other and humanity without a sense of entitlement. 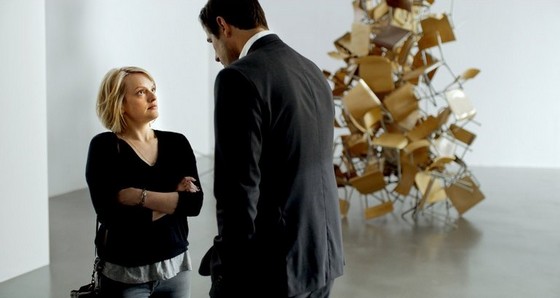 Christian (Claes Bang) is the respected curator of a prestigious Swedish contemporary art gallery. A divorced father of two, he drives an electric car, says all the right things, and supports good causes. He’s on the verge of opening his new show, called “The Square”. It’s an art installation that invites passers-by to examine their willingness to help others.

But disaster strikes when Christian’s phone is stolen, his new performance piece turns dangerously awry and his marketing campaign goes viral for all the wrong reasons. Christian desperately tries to hold onto his own ego. But his comfortable life is spiralling out of control, and he increasingly abandons his good intentions.

The film’s title is taken from a project by writer and director Ruben Östlund that was first exhibited at a Swedish museum in 2014. It exemplified the idea that consensus should govern society for the greater good.

I appreciated Östlund’s often bold and direct execution of The Square. That starts with the first scene. An attractive American journalist played by Elisabeth Moss (High-Rise) asks Christian a particularly pointed question. Probably the most confronting example of Östlund’s approach occurs at an elegant dinner much later in the piece. But these are far from atypical examples.

So, Östlund builds surprises and shocks into his script. The story tackles several personal and professional boundaries of appropriate behaviour. Christian is caught off-guard repeatedly. The safety of his carefully ordered world is invaded. Östlund wants to shake up Christian’s world to reflect a greater sense of concern for what is happening around us.

If you’re looking for a conventional narrative, look elsewhere. On the other hand, if you want to give your mind a workout, The Square has ingredients that may excite you.