Compelling performances drive Film Stars Don’t Die in Liverpool, a love story between an older woman and a young man. I’m not talking about just any older woman. But let me go back and explain. 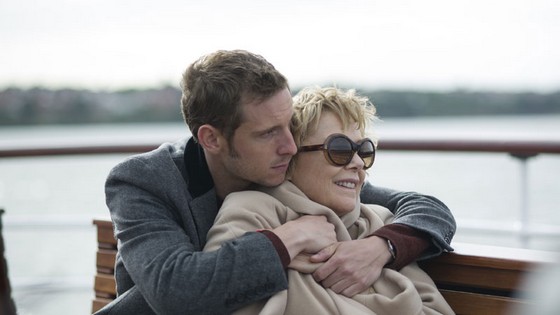 In late September 1981 Peter Turner received a phone call that would change his life forever. His former lover, Hollywood actress Gloria Grahame, had collapsed in a Lancaster hotel. She refused medical attention and instead reached out to Turner. At Grahame’s request, he took her to his warm if chaotic family home in Liverpool. The pair had crossed paths a few years earlier. Turner was an aspiring actor, Grahame a fading star.

She had made her name in the Hollywood studio system, often playing – as Turner puts in his memoir – “the tart with the heart”. She appeared in a string of film noirs, including In a Lonely Place with Humphrey Bogart and Fritz Lang’s The Big Heat, opposite Lee Marvin. Grahame was Oscar nominated for Crossfire. She also featured as Violet in the Christmas favourite It’s a Wonderful Life. Yet she fell on hard times and in her 50s ended up working in smaller theatre productions in the UK.

In 1986 Turner published his memoir, titled Film Stars Don’t Die in Liverpool, which recounted his tale of love and loss with the former Hollywood star. It is an affectionate, moving and wry recollection of this unlikely story.

And now it comes to the big screen with Annette Bening (20th Century Women) starring as Gloria Grahame and Jamie Bell (Fantastic Four) as Peter Turner. The pair act up a storm, ably supported by the likes of Julie Walters (Brooklyn).

Film Stars Don’t Die in Liverpool has heart. It’s about caring and sharing and fighting and grieving. Among all that is the story of a woman who yearns for greasepaint and adulation; and a man totally besotted by her poise, polish and joie de vivre.

Slow moving and affecting, the story unfolds in degrees. From the outset we know something is wrong, but we don’t know exactly what. The truth emerges via flashbacks. We chart the path of the four-time-married actress with four children and her rocky road with her current beau … and become invested in the outcome.