The sophisticated operatic farce, A Little Night Music, is set in 19th Century Sweden. It follows the misadventures of a set of illicit lovers and their spouses who come together for an idyllic weekend in the country. The show deals with issues of forbidden love and infidelity, sexuality, gender, class, lost love and regrets. 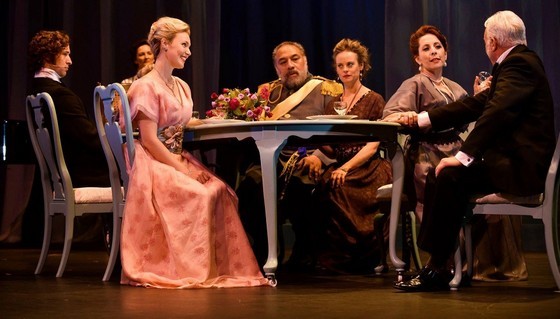 Lawyer Frederick Egerman (John O’May) is a successful lawyer. He’s recently married his second wife, naïve 18-year-old Anne (Carina Waye). Frederick’s 20-year old son Henrik (Nelson Gardner), an aspiring and sexually repressed seminary student, is madly and secretly in love with Anne. But he’s unable and unwilling to act on his passion. One night while attending the theatre with Anne, Frederick watches his former lover actress Desiree Armfeldt (Nadine Garner) perform on the stage. She catches his eye, causing Anne to abruptly storm out of the theatre. Later that night, Frederick visits Anne but is discovered by her current lover, the jealous and formidable Count Carl-Magnus Malcolm (Eddie Muliamaseal’i). Things grow more complicated when Malcolm’s wife Charlotte (Johanna Allen) and Anne conspire to bring down their cheating husbands during a weekend at the Armfedlt’s country home.

Inspired by Ingmar Bergman’s 1955 film Smiles of a Summer Night, A Little Night Music was written by Hugh Wheeler, with music and lyrics from Stephen Sondheim. The play premiered in February 1973 on Broadway, directed by the legendary Harold Prince, and won four Tony awards, including Best Musical. It has been a staple of repertory theatre companies since then. The first international production was staged in Sydney in November 1973. A Little Night Music was also filmed in 1977 by Prince himself, and starred Elizabeth Taylor. This production has been staged by Watch This, an independent Melbourne theatre company that specialises in performing Sondheim’s work.

Nick Cannon, who has had extensive experience in Europe and Australia, provides the direction. He brings a subtle eroticism to the material here and he accentuates the differences and tensions between the public faces of the flawed characters and realities of their lives. Christina Logan Bell’s set design is quite simple, with props being moved on and off by the actors themselves as they enter or leave. The six-piece orchestra is settled in the orchestra pit at the back of the stage. Emily Collett’s costumes capture the period well. The ensemble features a cast of fourteen.

Garner brings plenty of sarcastic wit to her performance. She also delivers a poignant rendition of the hit tune “Send in the Clowns”, filled with pain and regret. O’May, who has played the role previously, brings gravitas to his performance as Frederick. Muliamaseal’i has an imposing presence as the heroic but hypocritical Count. His powerful baritone adds to the strength of his performance. Gardner brings some physical humour to his role as Henrik. Waye is delightful as the young and impressionable Anne, who finds her own strength and confidence during the weekend in the country. Jackie Rees brings a hint of condescension to her performance as Desiree’s elderly mother. 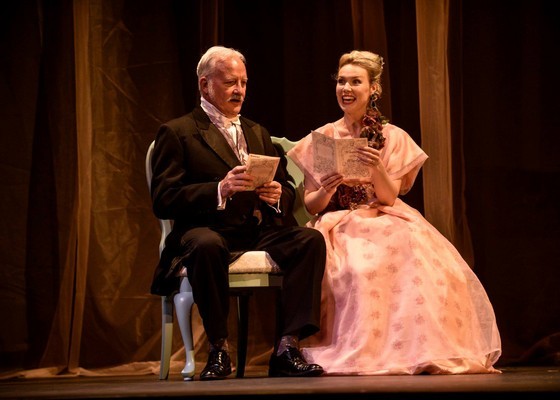 Sondheim’s witty lyrics are typically intricate, with complex meters, pitch changes, polyphony, and high notes. Recurring themes and motifs run through the musical numbers. The orchestra consists mainly of strings and woodwinds, with piano accompaniment. The lush “Weekend in the Country” fittingly brings Act 1 to a close.

A Little Night Music is performed at the National Theatre in St Kilda, in a short season that runs from 28 February through until 3 March. It will also be performed at the Whitehorse Centre from 8 – 10 March 2018.