David Campbell was born to play Bobby Darin, such is his command of the character and vocals in Dream Lover. He fits seamlessly into the highly demanding role, which requires a great deal of energy and non-stop movement.

While the musical contains many numbers I was familiar with, it matters not. In Campbell’s hands – and those of the other 22 cast members – whether known or otherwise, the numbers are engaging and intoxicating throughout. Boy, do they put on a show for the ages! 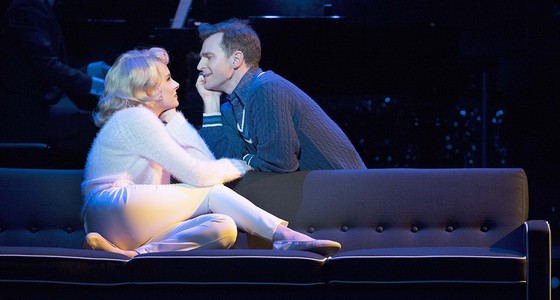 Unlike so many other large-scale productions, the props are hardly of consequence. The backdrop does however serve to highlight the acuity of the brilliant 18-piece big band under the musical direction of pianist Richard Montgomery. The single set (designed by Brian Thomson) – partly inspired by Darin’s obsession with custom cars – is hugely impactful. The layered stage area features a series of arches and bulb lighting to cocoon and mimic some of the showrooms where Darin played.

The story of his life makes for a compelling and most entertaining night of musical theatre of the highest calibre. He was born Walden Robert Cassotto in 1936. An early diagnosis of a heart condition suggested young Walden would struggle to survive past his teenage years. He took to music like a duck to water and he promised his mother he would make it all the way to the famous Copacabana nightclub in New York City, where a slew of the world’s biggest names had performed.

Initially Darin played with members of a school band. But after he ditched his birth name, his career took off. He became a clean-cut pop darling, with a million seller in “Splish Splash” in 1958. Then followed “Dream Lover”, “Mack the Knife” and “Beyond the Sea”, which brought him worldwide fame and acclaim.

Darin was always striving for more. He was a driven man and a hard worker. The impact of that is seen in Dream Lover. Not satisfied with making it big in the pop world, he changed styles again and again. His life was hardly a fairy tale though. Secrets and lies provided a series of punctuation marks that affected him and those around him greatly. 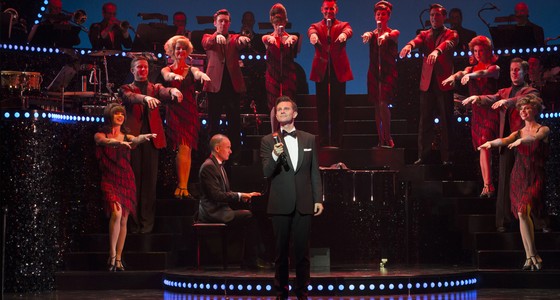 The cast includes his mum (the evergreen Marina Prior) and his devoted older sister (Marney McQueen); along with her husband (Rodney Dobson), his wife (Hannah Fredericksen) and son (a role with four alternates), and his indefatigable manager (Martin Crewes). Campbell is the glue that binds the musical together and makes it such a success. The other cast members however also leave an indelible impression.

Dream Lover is a brilliant and breathtaking musical, superbly realised and adroitly directed by director Simon Phillips. Frank Howson and John Michael Howson are behind the original concept, which has been realised in such outstanding fashion. Dream Lover, the Bobby Darin Musical, is playing at the State Theatre, Arts Centre Melbourne until 4 March 2018.