Wild Rose asks whether personal ambition should take a back seat to more immediate responsibilities. This feel-good story about a country music singer in the making features a stellar performance by Jessie Buckley in the lead role. 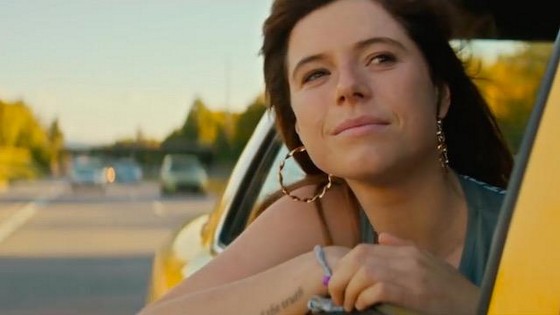 In her early twenties, Rose-Lynn (Buckley) – single and with two kids under 9 – has just spent a year in prison. During that time, her mother, Marion (Julie Walters), has looked after her children. But she kept them from seeing Rose-Lynn because she figured it wouldn’t be good for them. Possessing a great singing voice, Rose-Lynn had been working at a country music bar in Glasgow, but now that avenue is closed for her. But she’s as determined as ever to make it in the home of country music, Nashville, Tennessee. To that end, she gets a job as a cleaning lady to raise funds for her “great escape”.

Her employer is a buoyant English woman, Susannah (Sophie Okonedo), who hears her sing and is blown away. While Marion wants to quash Rose-Lynn’s ambition so she can get her priorities right, Susannah is keen to nurture it. But Rose-Lynn hasn’t told Susannah about her family circumstances.

This is a movie that you need to stick with to get the most out of because it has quite a slow build-up.

With a brilliant voice, Buckley also convincingly straddles the acting demands of prima donna and downtrodden, as required by the script. The movie also benefits from the portrayal by Walters as Marion, who has put up with a lot from her daughter. A third actor who aids the cause considerably is Okonedo as Susannah who sees Rose-Lynn’s talent. Okonedo brings a broad smile and big heart to her portrayal.

While the strong Scottish brogue is at times difficult to understand, there’s no mistaking the heart in the film. I sat there willing Rose-Lynn to succeed, both as a parent and as a bona fide star.