Plays like The Architect are why I gained an appreciation of theatre. Because it has the ability to move you … to feel deep-seated emotion.

Helen (Linda Cropper) is a no-nonsense woman in her late 60s. She is dying. She lives in Victoria and is in a 10-year relationship with a doting partner, John Stafford (Nicholas Bell). Her 47-year-old son Jeremy (Stephen Phillips) resides in Sydney, She is not usually one to express her feelings openly. 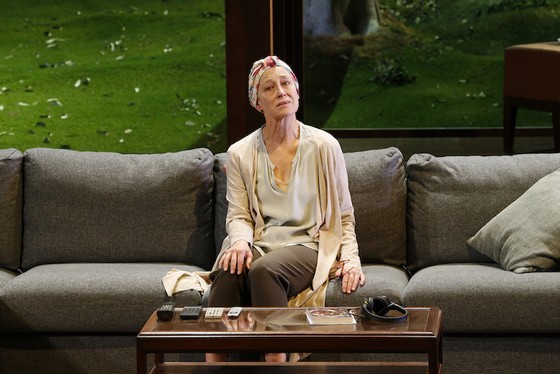 John, a barrister, is about to head to the UK for a week. But he refuses to leave Helen unless he can find a suitable carer, and that proves easier said than done. The couple have interviewed many candidates but Helen isn’t comfortable with any of them. But then John announces that Helen’s sister has recommended a young tradie. Although initially dismissive, Helen gives 28-year-old Lennie Wadsley (Johnny Carr) a chance. He’s a knockabout Aussie bloke who’s currently homeless. When he arrives on the doorstep, he immediately endears himself to Helen.

Next thing we know John is boarding a flight bound for Singapore, promising to check in regularly. But both he and Jeremy – who only makes an appearance in the second act – continue to have reservations about the “arrangement”.

While the first act is most attractive, things really heat up after the interval when a great deal more happens. Importantly, when Helen most needs a shoulder to lean on, it comes in the form of a complete stranger – a selfless man who has already absorbed a lot of anguish in his life.

A totally engaging and incredibly fulfilling way to introduce the subject of euthanasia, The Architect is a wonderful new work from Aiden Fennessy. The title is drawn from the concept of how someone becomes the architect of one’s their life when the writing is on the wall and pain is a constant bedfellow.

While the script includes much drama and pathos, there’s also ample humour. One particularly amusing element involves secret hiding places for a can of deck oil.

The performances are magnificent, with Johnny Carr stealing the show with his rapid-fire wit and empathetic persona. I couldn’t get enough of him. Linda Cropper, too, greatly impresses with a layered performance as a woman who doesn’t resile from the inevitable and yet wants to make each day she has left count. John is out to control everything to within an inch of his life and has to learn to let go, something he finds particularly difficult to do. Nicholas Bell is a fine choice to channel those characteristics. And then there’s Jeremy, cut from the same cloth as his mother and that is the reason they butt heads frequently. An absent force, but highly suspicious of Lennie’s motives, Stephen Phillips straddles a fine line between arrogance, frustration and fear. 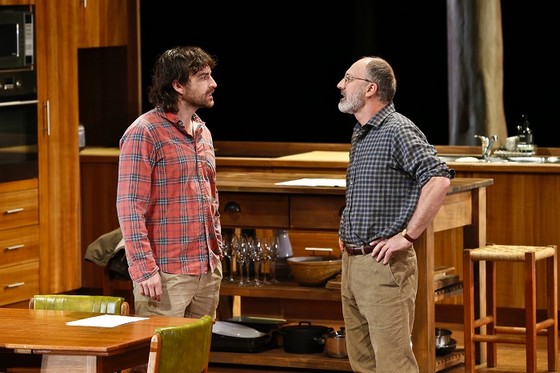 The sprawling open set introduces us to a full home minus the bedrooms, complete with a working kitchen. The set and costume designer is Christine Smith, while J. David Franzke is responsible for composition and sound.

The Architect, as directed by Peter Houghton, provides much food for thought. It’s a rich and affecting piece of work that deserves to be seen. It’s playing at Southbank Theatre, The Sumner, until 31 October 2018.

*I saw the first preview performance of The Architect.