You’ve next seen a family Christmas quite like this before. Australian Realness has each cast member playing dual roles – one bourgeois and the other uncouth.

The time frame is Australia in the late ‘90s. The posh and haughty meet the rough and ready. And for one heavily pregnant family member, a dream quickly turns into a nightmare. 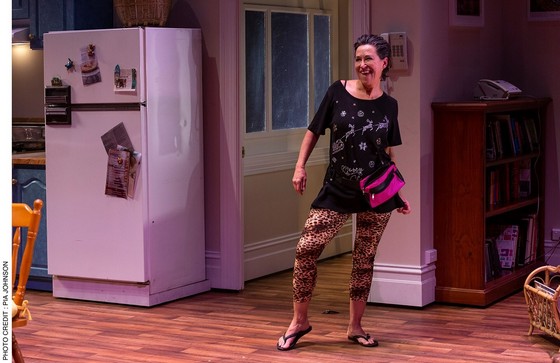 First up, we’re introduced to the more refined mother and father. Mum (Linda Cropper) is arty-farty, while Dad (Greg Stone) is clearly going through something because he’s trying to cut his spending back. Their adult daughter (Emily Goddard) pregnant and soon after we meet her wharfie partner (Chanella Macri), who certainly wasn’t born with a silver spoon in her mouth. The son in the family (Andre de Vanny), is into trading stocks but has other stuff going on that’s made him desperate for money.

Then, three members of another tribe arrive. Potty-mouthed Mum (Cropper again) is rough as guts. Ocker Dad (Stone) is a brickie who’s larger than life and doesn’t mind a chat. Their good for nothing son (de Vanny) has got in with the wrong crowd.

There’s plenty of laughter to be had at first; then the whole thing goes slapstick before turning decidedly weird. Writer Zoey Dawson describes her work as “a kind of revenge fantasy that came from seeing the working class locked out of the arts”. She’s prised open society’s social divide and had a lot of fun in so doing. She deliberately exaggerates the characterisations; but introduces a much darker edge to bring the piece home. 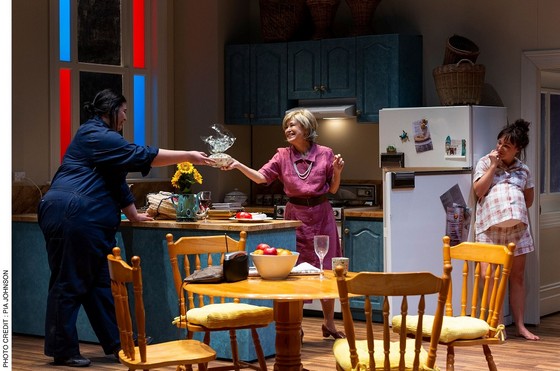 Canned laughter – as in TV sitcoms – is used when the bogans appear. When things unravel, they unravel fast. Furniture is moved, the impressive set dismantled and stowed, and the action moves outdoors (relayed via a drop-down screen). It makes quite a statement. But wait, there’s more. Before it’s over, we even move into mime territory.