The MTC’s Wild is an example of a play in which technological achievement outdoes narrative content. To say any more about the former would be to spoil the surprise and I’m not about to be a party pooper.

Andrew (Nicholas Denton) is an ordinary Joe one day – and America’s most wanted the next. The 28 year-old has just leaked top-secret government intelligence and is on the run. Now he’s holed up in a Russian hotel room, a political pawn with a target on his back and no idea who to trust. Two of those wanting to protect him are both named George: one a woman (Anna Lise Phillips) and the other a man (Toby Schmitz). But who are they working for and what are their motives? 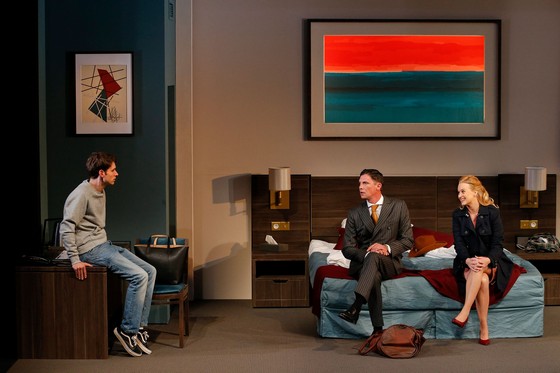 Wild (by Olivier Award-winning playwright Mike Bartlett) is very wordy, but it doesn’t get very far. Its 100 minutes could readily have been pared back without missing a beat. Perhaps part of my general malaise with the storyline was that despite its topicality I was too familiar with what went down.

We all know about WikiLeaks founder Julian Assange holed up in the Ecuadorian Embassy in London. And American whistle blower Edward Snowden, who supposedly revealed state secrets and then sought safe haven in Russia. Nothing new to see there.

For more than three-quarters of Wild all we witness is gamesmanship based on fear. Poor Andrew doesn’t know which way is up. What he does know is that life as he knew it is over.

It’s only in the final 15 minutes or so that Wild lives up to its name. That’s when Bartlett throws the cat among the pigeons. The piece’s theatricality then comes to the fore. Suddenly my interested piqued. Pity I had to wade through the best part of 90 minutes to get there.

I thought Nicholas Denton (Jasper Jones) was the pick of the performers as the harried central character. The two courting Andrew were largely unsympathetic and frustrating to watch. 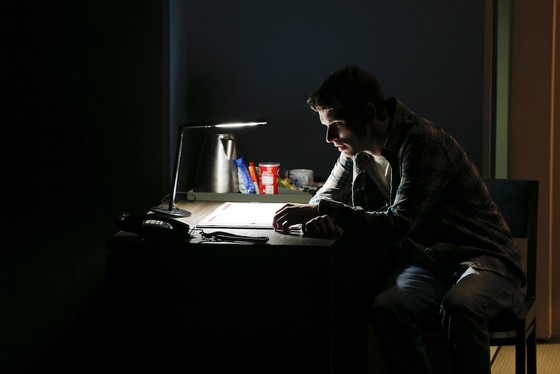 Wild would have benefited from greater originality in scripting. Mind you, after the final stanza, you may walk away saying almost all is forgiven. Then again, since the reason for that has everything to do with the effects rather than the narrative, perhaps not. Much credit must go to the production department.

The staging makes quite an impression on entering the theatre, with multiple Big Brother-style projections surrounding the contents of a hotel bedroom.

Wild, directed by Dean Bryant (Vivid White), is playing at Southbank Theatre, The Sumner until 9 June 2018.