If ever a movie perfectly represented director Peter Berg’s style, it’s Spenser Confidential. This Netflix film has all Berg’s stylistic fingerprints. It’s brash, nostalgic, violent, utilises a pumping soundtrack and features Mark Wahlberg. And while I admit I haven’t really warmed to some of his recent efforts, I enjoyed it.

Those old enough might recall the TV series Spenser: For Hire from 1985 – 88. The series featured then-big star Robert Urich as Spenser, a private detective dedicated to helping the little guy. While the series kicked off with Spenser already in the p.i. gig, Spenser Confidential posits an origin story for the character; while updating the story to the present day. Seems Berg is hoping that the film will spawn its own series, as he includes a coda that not only hints at a sequel, but actively sets up its premise. 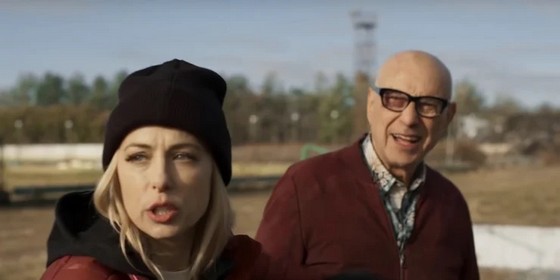 The film opens in prison. Spenser (Wahlberg) is coming to the end of his 5-year sentence for assaulting a police officer. That’s kind of ironic because he was a police officer. Spenser beat up a colleague, Captain Boylan (Michael Gaston), who he believed was corrupt. After establishing his toughness credentials by fighting off three assailants who want to give him a “message”, Spencer finds himself free – in a fashion. He has to live with Henry (Alan Arkin) a friend who apparently runs a half-way house. He soon finds he has to share a room with the intimidating Hawk (Winston Duke). Spenser also has to be quick on his feet to avoid Cissy (Iliza Shlesinger), his fiery former girlfriend who might still carry a torch for him.

Things take a dark turn however when, on the same day Spenser is released, Boylan turns up brutally murdered. Suspicion immediately falls on Spenser; but his old partner Driscoll (Bokeem Woodbine) is satisfied with his alibi. Then another police officer, Terrence Graham (Brandon Scales) turns up dead. The official version is that Graham killed Boylan, then himself. But Graham’s widow Letitia (Hope Olaidé Wilson) doesn’t buy it. Neither does Spenser, who decides to put his dream of becoming a truck driver on hold to get to the bottom of it all. With a little help from Henry, Hawk and Cissy, Spenser will uncover a web of corruption that goes deep into the Boston Police Department.

If you’re looking for subtlety, logic or realism Spenser Confidential probably isn’t for you. But if you want something to slip your brain into neutral and just go with, it more than does the job. This is a rollicking if conventional crime drama with enough comedy to keep it bubbling along.

Both this film and Spenser: For Hire used the novels of Robert B. Parker as source material. After Parker passed away, his estate entrusted the characters to author Ace Atkins for more books. The writing team of Brian Helgeland (L.A. Confidential) and Sean O’Keefe work from Atkins’ novel Wonderland (2013). They’ve crafted a screenplay that perhaps doesn’t dot all the i’s and cross all the t’s, but it provides more than enough momentum and tension to allow Berg to do his thing.

Mark Wahlberg (Mile 22) does his now-patented charming tough guy thing as Spenser. While it’s plainly in his comfort zone, it works in this context. Winston Duke (Black Panther) has some good moments as Hawk (and gets the best line in the movie), but the script sadly relegates him to sidekick status. Alan Arkin (The Kominsky Method) turns in his usual excellent performance though again he doesn’t appear overly stretched by the material. But Berg pulls off a masterstroke with the casting of stand-up comedian Iliza Shlesinger as Cissy. She brings much-needed verve to the production and lifts it beyond its testosterone-fuelled tropes.

Spenser Confidential isn’t world-beating cinema by any means, but it serves as an engaging distraction in these locked-down times.