After the arrest of the Golden State Killer/East Area Rapist in 2018, investigator and scientist Paul Holes retired from the Contra Costa County police force.  He has hardly had an idle day since.  The DNA of Murder is a ten part series of individual cold case investigations, following Paul Holes and an array of his ex-associates from the lab to the original crime scenes of horrific murders. 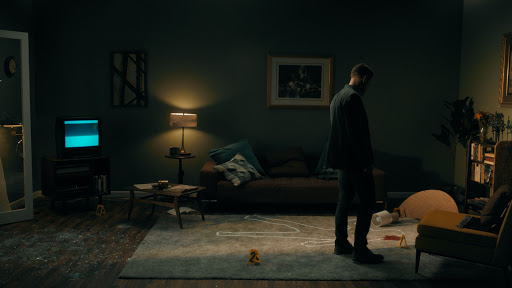 With audio now being the fastest growing sector of digital entertainment, the hosts of true crime podcasts become as fond and familiar to their audience as those documentary hosts once only met via the small screen. Bringing his considerable presence to the podcast ‘Jensen and Holes – The Murder Squad’, Paul Holes last year became known to a new audience that may not have been aware of his real life involvement in the take down of such a prolific rapist and serial killer.

Paul Holes has given comment to the Golden State Killer case on many a podcast and documentary in the last few years (both prior and after the high profile arrest). The DNA of Murder is the first television series devoted to Holes investigating murders outside of his long career in law enforcement.  Though a few years ago we may have thought it bizarre for a celebrity to emerge from such a field, Paul Holes has found a niche that perhaps never previously existed, which is that of true crime celebrity – not as an entertainer, but as a solid contributor with a proven background in both science and police investigation.

Bringing his forensic experience to cases that have run of leads or otherwise grown stale, Hole’s new investigative focus is placed on recovered DNA being cross referenced to other reported crimes, and the re-involvement of family members that have been at a loss since their loved ones were inexplicably taken away from them.  Paul Holes is a natural diplomat, never going full schmaltz but also giving genuine consideration to the lives of the victims as well as who it was that brought about their deaths.

It is intriguing to see what might be further discovered in a cold case with the added benefits of new advances in forensic examination. Paul Holes sits down with the current investigators in charge, tramps around the original crime scenes and re-interviews witnesses, family members and possible suspects (though much less of the latter, for obvious reasons).  Next, Holes ponders over it all either alone in his lab or bounces it off a selection of colleagues.

This is not to say there isn’t a lot of your expected reality show staging – the interactions between Holes and his co-investigators for example are really just a means of providing backstory and for the viewer to feel they are witnessing the conception of theories with illustrations as to how they intend to proceed.  This method of TV true crime investigation isn’t new, but it is relatively new to Australian productions which funnily enough, often follow on in this nature from podcasts of the same true crime cases.  It is a bit of a trend, but it also feels overly dramatic for an Australian viewer to view.

Holes always comes across as one of those people that you want to see walk in, assess a situation, and then supply considered measures of calm and weighted advice.  If Paul Holes pops up in other related fields on our screens or in our ears in the future, none of us will be surprised.  He’s a resource not currently being wasted.

The DNA of Murder aired late 2019 on Oxygen Channel. For Australians right now seeking a follow up fix to their true crime podcasts, the show can be viewed its entirety now on the streaming platform Hayu.