Tragedies and reckonings during 2020 brought the issue of sexualised violence prominently into the headlines. So Emerald Fennell’s powerful contemplation on the topic, Promising Young Woman, couldn’t be better timed.

Fennell is a British actor and writer (she worked on the hit UK shows The Crown and Killing Eve), and Promising Young Woman marks her feature film directing debut. I think it’s safe to say she’s a director to watch. Oscar buzz is already swirling around the film. More to the point though, her work here is savagely good, even if the film asks more questions than it answers. 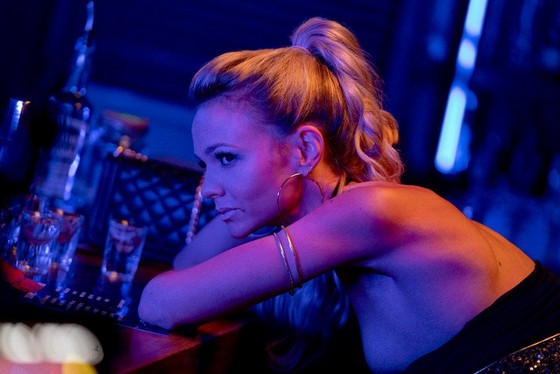 Promising Young Woman follows Cassandra (Carey Mulligan) – known as Cassie. By day she works a dead-end job at a cafe. But at night, she goes out to nightclubs to perform a strange ritual. She pretends to be heavily drunk and alone. Often, this attracts the attention of men with hopes of an “easy score”. But as soon as she’s alone with these men, the pretence drops and she tears into them verbally (and maybe physically as well). Just why she performs this bizarre stunt over and over again is a key plank of the story.

At the same time as Cassie is pulling these dangerous stunts, she meets Ryan (Bo Burnham). They went to the same college but Cassie dropped out. Ryan recognises her in the cafe and strikes a rapport with her. Now a paediatric surgeon, Ryan seems like a ray of hope for the possibly damaged Cassie. But as their relationship develops, Cassie learns more about their time at college. This leads to a shocking revelation that brings the two threads of the story together.

Fennell (naturally) wrote the script and it’s a great example of how to work parallel storylines. She delivers an understated film of emotional resonance and contemporary relevance. She explores not just the psychology behind sexual violence, but its devastating consequences. That said, some aspects of the plot are baffling. I guess that may be the point (that Cassie doesn’t act in a consistent, rational manner) but I felt like I could see the seams where the whole thing was stitched together. Similarly the “deus ex machina” ending delivers a thrilling conclusion, but doesn’t really stand up to scrutiny. But when it works, Promising Young Woman is searing cinema. A word of warning though – it also features one of the year’s more confronting scenes of violence.

The film asks some difficult questions, particularly of men. Issues of complicity in the behaviour of “bad guys” are high on the list. It asks us to question just who are the “good guys” and what role do they play in perpetuating sexual violence. It also highlights many of the problems facing victims in the criminal justice system. But it also nods toward some of the ambiguities around sexual violence. For Cassie, the ambiguities don’t exist. In her mind, she’s doing the right thing. But she can’t see that she’s become uncomfortably close to those she despises.

Carey Mulligan (Wildlife) is outstanding in the lead role. Her bravura showing in a film that she basically carries augurs well for her chances in the coming awards season. She brings a fierce passion and a wily intelligence to Cassie. Bo Burnham (Rough Night) gets his chance after a number of “that guy” roles, and makes the most of it as the charming Ryan. Although the cast list is long, the film basically revolves around those two characters, and so largely sidelines the supporting cast. Look out though for rising star Alison Brie (Happiest Season) in a small but crucial role as one of Cassie’s friends from college; Jennifer Coolidge (Like a Boss) as Cassie’s mother and Adam Brody (Shazam!) as a “bro” Cassie confronts.

Promising Young Woman is an almost visceral experience. This is certainly one of the most provocative and confronting films of the year, even if it gets woolly at times. If you like your cinema prim and proper, this won’t be for you. But if you want to be challenged, be sure to catch it.