Masterfully constructed, Wildlife is an independent film with real bite. It plays out as a tripartite coming-of-age story. 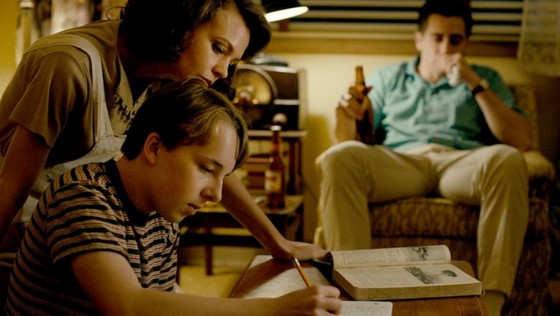 It’s small town America – Montana – in the 1960s. Joe Brinson (Ed Oxenbould) is 14 years of age. His parents – Jeanette (Carey Mulligan) and Jerry (Jake Gyllenhaal) – are about to face a major shift in their relationship. The threads unravel slowly but surely. All is triggered by a single incident. Pride is dented, self-esteem shattered, marital harmony teeters and a quiet, observant teenager can only watch the carnage. He’d dearly love to collect the pieces and put them together again, but he can’t. So he does the best he can under the circumstances.

With a lot of close-ups, at times I felt I was reaching into the souls of the characters. Mulligan wowed me nearly a decade ago in An Education. This too is a bravura showing – this time as a woman unable to reconcile what’s happening and making some questionable choices. Gyllenhaal‘s role in largely internalised, although there are a few scenes when he rages. And those hollow eyes! Oxenbould is wonderfully restrained as the youngster who sees all and possesses an intelligence beyond his years.

The screenplay by Paul Dano and Zoe Kazan is based on the book of the same name by Richard Ford. Dano’s direction shows maturity and great command of the subject. His first movie in the director’s chair is beautifully nuanced.

Wildlife will impress cinephiles and those looking for quality adult entertainment.