The inspiring and humane documentary Backtrack Boys shows that there are very real and effective alternatives to juvenile detention in helping turn around the lives of troubled teenagers. 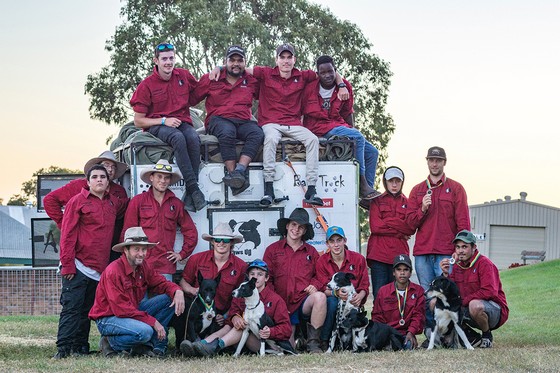 In the northern NSW town of Armidale, jackaroo Bernie Shakeshaft has established a community-based organisation called Backtrack, which works with troubled boys who are on the path to crime and drugs and tries to turn their lives around. The boys are paired with dogs which they work with and train and also participate in a number of dog-jumping shows in rural towns. Through working with the dogs the boys learn confidence, respect, trust, discipline and self-esteem, and also how to work well with others. The program aims to keep them out of trouble and out of jail.

Local filmmaker Catherine Scott first learned about Bernie and his program while attending a party and she felt that his work would be an ideal subject for a short documentary. But once she started to learn more about his work she felt it, and the individual stories of some of the kids in his care, deserved a full-length feature. Scott spent the better part of two years following Bernie and the boys around. She shot some 100 hours of footage, which she and her editor Andrea Lang have carefully shaped into what we see on the screen. There is some gorgeous cinematography here courtesy of Scott who also shot the film.

Scott follows the stories of three boys, and their stories are quite moving. There is Rusty, an eleven-year old who is the most vulnerable and has a foul mouth and a quick temper and finds it hard to trust anyone. His mother died when he was quite young, and his father found it difficult to cope, so Rusty kept getting into trouble. Zac has been in the program for a while and takes on some extra responsibilities in working with the boys, but even he manages to fall off the straight path after he is rejected for an office position. And when we first meet Tyson he is already serving time in a detention centre, but with help he is turning his life around and integrating successfully back into the community.

Scott clearly has an affinity for stories about the marginalised elements of the community. Her previous film, Scarlet Road (2011), explored the life and experiences of Australian sex worker, Rachel Wotton, who specializes in working with an often over-looked clientèle – people with disability. Her film came out at the same time as the drama The Sessions, which starred Helen Hunt as a sex surrogate who developed a relationship with a quadriplegic played by John Hawkes.

Scott clearly treats her subjects with compassion and understanding and she manages to draw out their personal stories. The boys come across as articulate and quite aware of their situation and their failings. The success of the program saw several of the boys invited to the New South Wales parliament and Government House, where they represented themselves and the organisation in positive fashion.