Peter Berg’s Patriots Day looked at the 2013 Boston Marathon bombing and the massive police manhunt for the terrorists that followed. Berg gave the material an almost documentary-like feel as he explored the stories of many of the people involved. Many more tales from that atrocity however have gone untold. Stronger tells a more personal story of one of the survivors of the attack. It’s based on an honest memoir written by Jeff Bauman (played here by Jake Gyllenhaal) and Bret Witter. 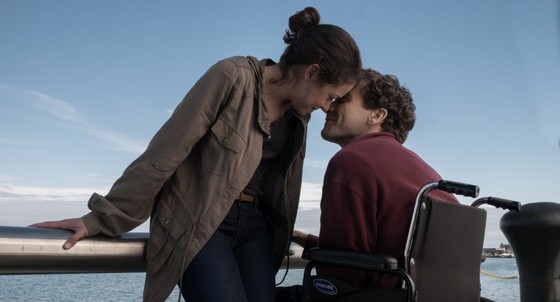 Bauman was one of the many onlookers at the finish line when the bombs detonated. As a result, he lost both legs. He had to learn to walk again with the support of his family; and on-again off-again girlfriend Erin (Tatiana Maslany). Having seen one of the terrorists close-up, Bauman gave the FBI vital information that led to their capture. But Jeff and his struggle to regain his life become the public face of the tragedy. His struggle also a symbol of hope and resilience that shaped the city in the aftermath.

The final twenty minutes or so are emotional stuff as Bauman throws out the first pitch for his beloved Red Sox. He then meets a number of blue-collar Bostonians, and learns how his struggles inspired them. The film follows Jeff’s relationship with his working-class family, including his hard-drinking mother Patty (Miranda Richardson). Erin helps Jeff overcome his initial bitterness and clean up his act. Erin and Patty are both headstrong in their views of what is best for Jeff and this leads to numerous clashes.

John Pollono (an actor who appeared in TV series like This Is Us) pens his first feature length screenplay. David Gordon Green directs. His resume includes goofy stoner comedies like Pineapple Express, and strong dramas including Joe. But he doesn’t pull his punches with Stronger. His depiction of a survivor trying to come to terms with the aftermath of tragedy and his own status as a hero avoids unnecessary sentimentality. Green also delivers a quite harrowing depiction of the immediate aftermath of the bomb blast. But much of the middle section of this “inspirational” film is pure cringe-worthy melodrama. It could have been ripped from a prestige soap opera and is fairly formulaic stuff. Michael Brooks’ piano-driven score adds to the saccharine.

Bauman is a deeply flawed character, and Gyllenhaal delivers a fantastic and committed performancee. He captures not only Jeff’s resilience but also his vulnerability, insecurity and bitterness as he battles PTSD. This nuanced and emotionally raw performance further establishes Gyllenhaal’s reputation as one of the best actors of his generation. Some great digital effects remove his lower legs. Maslany delivers an emotionally charged performance as Erin. Some of the minor characters, such as doctors, are played by themselves, adding an authenticity to the early scenes.