State-sanctioned lies underpin the political thriller Official Secrets. The lies cost as many as a million lives. The US and the UK were looking to justify starting a war in Iraq; with or without the backing of the UN (which wasn’t forthcoming). They do so on the pretense that the Iraqis have weapons of mass destruction. 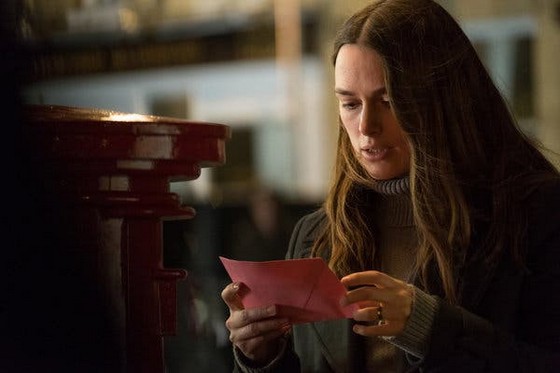 On 25 February, 2004, Katharine Gunn (Keira Knightley) is brought to trial for breaching the Official Secrets Act. A year earlier, in January 2003, the USA and Britain are aggressively seeking a UN resolution to invade Iraq. With her husband Yasar (Adam Bakri), at their home in Cheltenham, England, Katharine watches news reports of British Prime Minister Tony Blair claiming “war is
inevitable”. She is a Mandarin translator at Government Communications Headquarters (GCHQ). There, she and others receive a classified e-mail, which turns out to be a US directive to spy on UN Security Council members from five countries, with a view to coercing them to sanction war in Iraq. Katharine adopts a moral stance and takes matters into her own hands, sparking a scandal.

Keira Knightley remains at the top of her game, playing intense and passionate with credibility. Around her the other key cast members are also suitably vitriolic. Rhys Ifans is a standout as a slightly deranged journo – Ed Vulliamy – on a mission. Matt Smith may be more by the book, but he is utterly credible as investigative reporter Martin Bright, who knows he is on to a huge scoop. So, too, Matthew Goode as his support, Peter Beaumont. There is an authority in both their performances.

I loved the old-style journalistic confrontations that underpin the dilemma faced by The Guardian editor. Also strong is the Human Rights team that takes up Gunn’s case, led by the measured but convincing Ralph Fiennes as Ben Emmerson.

If you believe the historical record deserves is the truth then you will find much to like in Official Secrets. The truth may not be pretty but when there is so much at stake the bar is raised particularly high … as it is here.

Director Gavin Hood has extracted drama and pathos from a real-life situation.