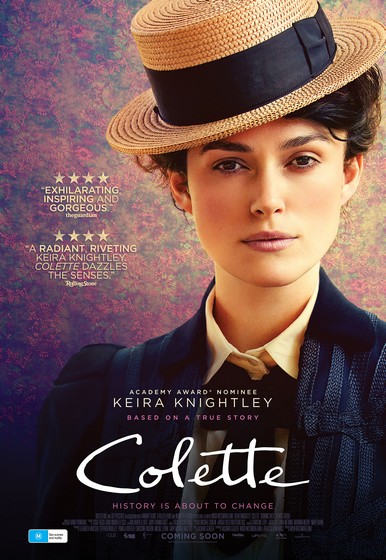 Academy Award nominee Keira Knightley portrays the formative years of Colette, the pioneering writer who goes on to become a cultural icon in France and inspire generations of artists. Directed by Wash Westmoreland (from the Academy Award-winning Still Alice), who wrote the screenplay with the late Richard Glatzer (Still Alice) and Rebecca Lenkiewicz (writer of Academy Award winner Ida), the film illuminates the passions and ambitions that drove Colette to blaze trails as one of the most celebrated authors of her time.

Kiera Knightley is no stranger to literary figures. In 2012, she played the title role in which film directed by Joe Wright and adapted from the novel by Leo Tolstoy?