What a luscious production of the timeless classic, Swan Lake. It is, of course, the love story of Prince Siegfried and the Swan Princess Odette, torn apart by the villainous sorcerer Rothbart. But wait, there’s more. The Imperial Ice Stars’ original version of Swan Lake premiered in Australia in June 2006. It then toured world, visiting 29 countries and was seen by over four million people.

Now we get to experience the new updated version with fresh choreography (by artistic director Tony Mercer) and theatrical effects before anyone else … and let’s just say they’ve iced it! 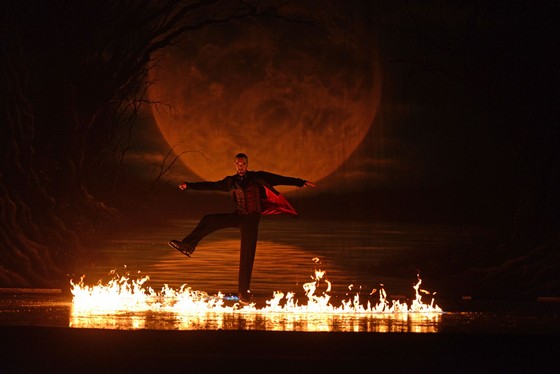 I’ve seen umpteen versions of Swan Lake over the years. But I don’t think I’ve witnessed a more magnificent performance of Prince Siegfried than that by Bogdan Berezenko. Long and lean, his leaps and twirls were spellbinding, inevitably perfectly executed … and he even “tip toes” his way around the ice rink at the State Theatre to wild applause more than once. His stagecraft and showmanship are exemplary.

Swan Lake on Ice requires few props – a couple of benches or armchairs – as video screens transport us from the palace courtyard to the lake and the ballroom. This is a spectacle that literally involves fire and ice (a stunning combination). Heroine Odette (Olga Sharutenko) soars above the stage. She even manages to stay upright and en pointe in ballet shoes on the ice. The nefarious Baron Von Rothbart (Sergei Lisev) makes quite the statement. He exudes evil in his black and red ensemble, stalking his prey with the mesmerising Odile (Maria Mukhortova).

The Prince’s friend Benno (Stanislav Pertsov) makes his presence felt. He wraps himself into a tight ball low down near the ice, among several eye catching, at times humorous, routines. In fact, all 21 performers’ talents are showcased not only during the body of the production, but in the finale.

The costumes elevate the fairytale appeal. Among them, the beautiful free flowing gowns of the swans are perfectly enchanting. 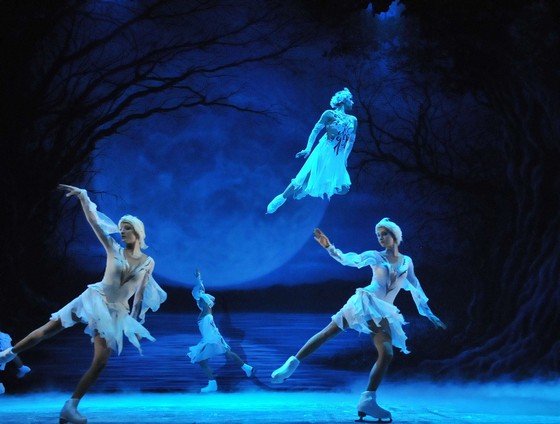 While watching transfixed, you can’t but help be elevated by Tchaikovsky’s superb score. The Manchester Symphony Orchestra provides the music.

The Imperial Ice Stars’ Swan Lake is playing at the State Theatre, Arts Centre Melbourne until 8 July. Then they’re off to the Entertainment Centre in Wollongong for performances on 13 and 14 July. The production then moves to Adelaide’s Entertainment Centre from 18 to 22 July and the Capitol Theatre in Sydney from 25 to 29 July 2018.