Cross 1989’s Tom Hanks’ comedy Turner and Hooch with Best in Show and you should have the makings of one hot-diggity-dog of a film. But potential is one thing – and the realisation of Show Dogs is something else entirely. 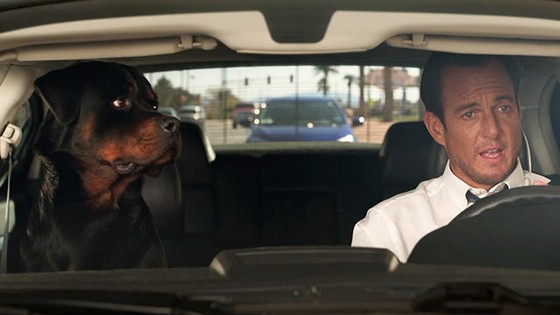 The film features a cast of talking canine characters, including the hero Max (voiced by Chris “Ludacris” Bridges), a rugged lone wolf Rottweiler NYPD police dog. Max and his mismatched human FBI partner Frank (Will Arnett) are investigating the kidnapping of a baby panda, Ling-Li, by an underground network of illegal animal traders. They get a tip that the crime ring is planning to sell the panda at a prestigious dog show.

The team need to go undercover in an attempt to thwart the plot. That’s when macho Max has to have a makeover – mud baths, ballet lessons, a Brazilian waxing – with the help of seasoned trainer Mattie Smith (Natasha Lyonne). With Frank’s help, Max gets in touch with his inner show dog and learns that trusting others can sometimes be more rewarding than working alone.

Max gets plenty of support along the way from an old French Papillion by the name of Philippe (Stanley Tucci) and Daisy (Jordin Sparks), a beautiful Australian Shepherd. That’s not to overlook Sprinkles (Gabriel “Fluffy” Iglesias), an excitable chubby pug; Karma (Shaquille O’Neal), a zen Komondor; Dante (Alan Cummings), a fancy Yorkshire terrier; and dreadlocked pulli Persephone (RuPaul). Max also has three highly involved – and irritating – pigeons as his eyes in the sky.

Much of Show Dogs is forced sight gags and one liners crossed with bits and pieces of CGI. The story is transparent; and the script filled with platitudes. Effectively, it’s the tale of a mismatched pair – in this case dog and handler – as they grow collectively and individually.

I dare say kids will get more out of this than I did. By and large I thought what was served up was lame, save for some cute scenes here and there. Most of the animals featured were tame – and so was a great deal of the material. The performances of the featured actors left much to be desired too.

I dare say Show Dogs was one of those movies that may have looked good on paper, but simply failed to translate onto the big screen. I’m generally a sucker for dog pictures, but this one left me baying for blood, not barking for more.