What better way to celebrate 100 years of putting smiles on faces from the ultimate dream factory than to bring a cavalcade of their timeless stories to life … on ice? I was fortunate enough to see the first Melbourne performance of Disney on Ice celebrates 100 Years of Magic and I assure you that kids – many as young as three – were transfixed. With Disney paraphernalia in hand, they lapped up the appearances of Mickey and Minnie, Donald and Goofy, and the more contemporary characters. 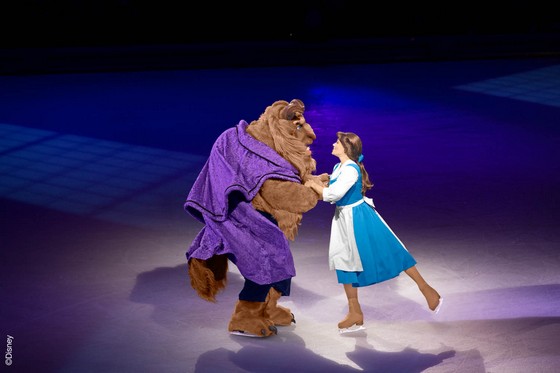 The soft premise for unleashing 14 of Disney’s favourite stories in under 100 minutes of entertainment is that Donald and Goofy are shooting a movie, but don’t know where to start. To inspire them, they witness one fairy tale after another, complete with nearly 50 of the slickest skaters you are likely to see, 30 sensational songs and all the theatrics you have come to expect from a couple of the most switched producers in the entertainment business. And what would a production like this be without its fair share of pyrotechnics?

After an orchestrated lighting malfunction, the show kicks off with a quick retelling of Pinocchio … before Dory, Nemo and Marlin take centre stage. With the help of Crush and Squirt, the rather forgetful Dory is reunited with her parents. My personal fancy in this routine was the larger than life turtle Crush (a most impressive character creation).

The Beast wins Belle’s heart, but not before some hairy moments in Beauty and the Beast. Then, a selection of princesses and their partners from faraway lands take to the ice in a series of duets. The troubled family dynamic between Anna and Elsa, together with the appearance of the warm-hearted snowman Olaf, in Frozen, is given royal treatment ahead of the interval. Then 21 genies appear in unison after Aladdin rubs his magic lamp. 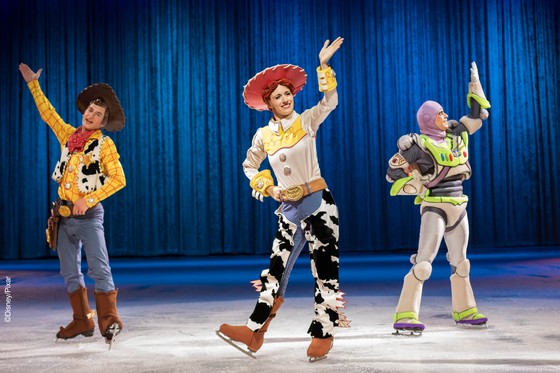 Next, it’s off to the world of Toy Story (collectively my favourite Disney movies) – Woody, Jessie and Buzz Lightyear. Hakuna Matata! Timon and Pumbaa are joined by Simba and Nala in a series of vignettes from The Lion King. One of the most spectacular sequences comes straight from the pages of Mulan. Like Crush in the first act, the appearance of Chinese dragon Mushu leaves a lasting impression. Then the entire collective – the principal skaters and the ensemble – bid a fond farewell to hearty applause.

Disney on Ice is action-packed, big on movement, activity, colour, excitement and pure joy. One hundred years of magic, indeed … undoubtedly with more to follow. It’s on at Melbourne’s Hisense Arena until 10 July, the Newcastle Entertainment Centre from 13 to 15 July, finishing up at Sydney’s Qudos Bank Arena between 18 and 23 July 2018.