Doesn’t matter whether you’re a ballet aficionado or novice, when one of the world’s most acclaimed ballet companies deliver the strength, beauty and purity of the timeless Swan Lake.

The touring members of The St Petersburg Ballet Theatre – founded in 1994 – are on pointe from the get-go and don’t let up. You should merely sit back and bask in the glory of the truly memorable performances, which are mesmerising. 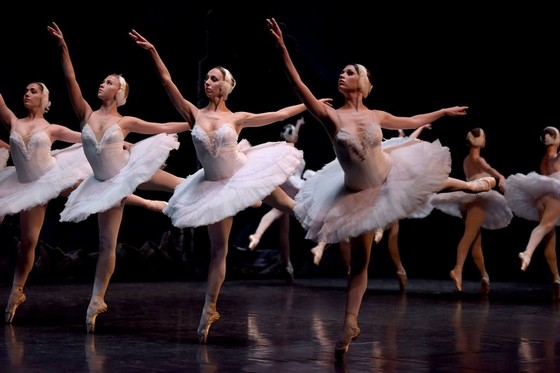 The classic love story of Prince Siegfried and the Swan Princess Odette, torn apart by the villainous sorcerer Rothbart, is magnificently realised. Prima ballerina Irina Kolesnikova (Odette/Odile) imposes herself on the production alongside Bolshoi Ballet’s Alexander Volchkov as Siegfried, while Aleksey Lisitsin is positively venomous as Rothbart. His bold portrayal is the stuff of nightmares (written with the greatest of appreciation for so inhabiting the role).

I was also particularly taken by the stagecraft and showmanship of Sergei Fedorkov as Jester. My admiration extends to the other leads, the soloists and the Corps de Ballet. A number of the company’s 50 dancers graduated from the Vaganova Ballet Academy, established in 1738. That’s where the likes of Mikhail Baryshnikov, Vaslav Nijinsky, Rudolf Nureyev and Anna Pavolova trained.

Swan Lake is ballet par excellence, one of the masterworks of Russian composer Pyotr Ilyich Tchaikovsky, who was also responsible for The Nutcracker and The Sleeping Beauty. Melbourne’s grand Princess Theatre is the perfect venue to witness it in its full splendour.

Oh that inspired music, the opulent sets, ornate costumes and divine choreography, at the beck and call of The St Petersburg Ballet Theatre. Faultless. Do not miss it! This full-length production of Swan Lake is on until 1 July 2018 (a total of 16 performances).