She, Grace (Annette Bening) is intelligent, strong willed, heavily opinionated, volatile and fearsome – a force of nature. He, Edward (Bill Nighy) is intelligent, introverted and averse to confrontation. He likes to be left in peace. Married for 29 years, both are unhappy. She wants to work through it, believing they are a couple for life. He doesn’t, but the news – delivered when their adult son Jamie (Josh O’Connor) visits – totally blindsides her. 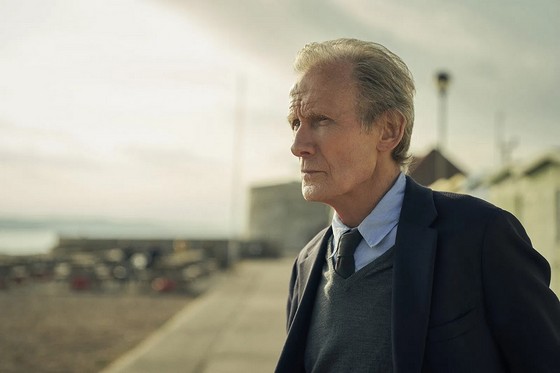 Distraught, Grace refuses to accept the new reality and continues to lash out. Her son, who himself hasn’t been good at romantic relationships, provides his mother with support, but doesn’t take sides … although he does try to save the situation. Jamie visits his mum – who is forced to face the possibility of spending the rest of her life alone – every weekend. Meanwhile, Edward wants to make sure his wife is okay, but not withstanding her pleas won’t reverse his decision to leave her.

So, this is a look at the unravelling of a family unit through stages of shock, disbelief and anger. You may well form your own opinion of the way they behave. Regardless, none are bad people.

Three strong performances characterise the piece, written and directed by William Nicholson (who wrote the screenplay for Breathe). Angst is the common denominator. Each reflects the pain of their character in their own way. Stunning landscapes and beautiful cinematography by Anna Valdez-Hanks are the film’s hallmarks.

Hope Gap refers to a place near home where their son loved to spend time when he was a youngster. It could also spell the brunt of the gulf between husband and wife. Although grounded, the movie also has poetic, lyrical and spiritual components. It should strike a chord with those looking for quality adult drama.