Andrew Garfield’s representation of a severely disabled polio victim in Breathe reminded me of Eddie Redmayne’s Oscar-winning portrayal of Stephen Hawking in 2014’s The Theory of Everything. 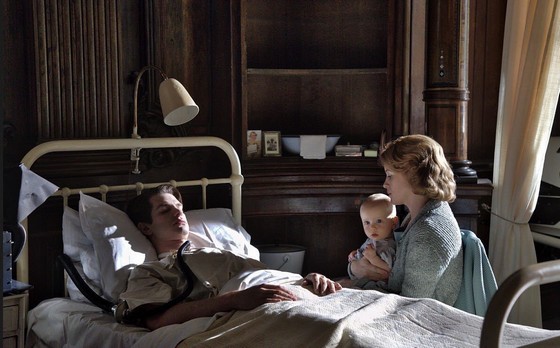 Andy Serkis’s directorial debut tells the true story of Robin Cavendish (Andrew Garfield) and his wife Diana (Claire Foy), starting in 1957. This is a couple that refuses to give up in the face of a devastating diagnosis.

Charismatic, adventurous and brilliant, Cavendish has his whole life ahead of him when he’s paralysed at the age of 28 and given just months to live. Against all advice, Diana – by then also caring for their young child – brings him home from the hospital and they begin life anew. Together, they refuse to be limited by expectations – dazzling others with their humour, courage and lust for every breath they take.

Others of note in the cast include Hugh Bonneville (Paddington) and Tom Hollander (The Night Manager) as Robin’s devoted friends.

Breathe is a film about indomitable spirit. This is an inspirational film that pushes many of the right buttons. But I couldn’t help thinking it must have sugar-coated the real situation.

A great deal of credit goes to the cast, who maintain a largely up-tempo feel throughout. Garfield (Hacksaw Ridge) is stoic. Foy (The Crown) is rock solid, representing Diana as a woman who sticks by her man. Their relationship stirs the soul. And their trials bring with them tears – ours.

Many will warm to the heart in Breathe, but some will baulk at its blatant sentimentality.