Greta Thunberg is a piercingly direct and effective communicator and yet she’s a teenager and has Asperger’s syndrome. She’s both admired and loathed (more than that, belittled) by world leaders and is single-handedly responsible for a movement. The fascinating documentary I Am Greta plots her path from a lonely figure outside Stockholm’s parliament in 2018 to her perilous sailing voyage across the Atlantic Ocean to New York the following year to speak at the UN Climate Action Summit. 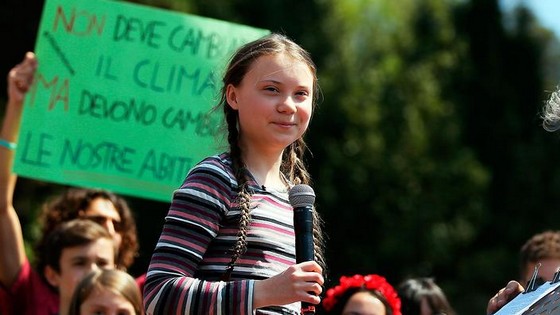 Her mission can be summed up in two words: climate justice. Her view is that the Earth is facing an existential crisis due to climate change and global figures are giving us platitudes rather than addressing the issue with any real action that will alter the status quo.

I Am Greta paints the picture of an outcast who dared to speak up … and how! Far from Miss Popularity, she was shunned by others her own age and grew up in the company of her family and beloved dogs. She is not one for small talk and socialising. There were periods when she just closed down – refusing to talk or eat. But as her father, Svante, says she has a photographic memory when it comes to things she cares about.

An experience at school led to her activism. She cares deeply and passionately about the planet and is not afraid of scolding those in power for their inaction. Palaces and castles make her feel uncomfortable and yet she has seen her fair share of them in preaching her non-negotiable message across Europe in a short amount of time. She is not overawed in the company of Hollywood royalty, a Prime Minister, the Pope or the UN Secretary General. Now young people everywhere regard her as a symbol of hope.

Greta comes across as a perfectionist who doesn’t only speak with authority in a number of languages, but also is able write beautifully. She uses both to great effect. She lives by her ideals, even calling out her parents for their over-consumption. Greta refuses to fly due to greenhouse gas emissions, choosing to move around by train, bus and electric car. She doesn’t eat meat or dairy products, nor does she buy new.

I am Greta paints her as a person of great integrity and heart who has inspired a generation, but also caused a great deal of consternation. We get up close and personal to her and to those she meets and with whom she interacts. That includes snippets of her speeches, rallies and audio diary.

The doco shows clearly how one person can make a big difference. Director and cinematographer Nathan Grossman has created a compelling and insightful portrait of a unique individual. He hasn’t tried to gloss over the harsher moments either, some of which are hard to stomach, like when she is reading hate-filled messages.

Keep in mind, she was 15 and 16 years-old while Grossman appears to have unprecedented access to her life, which changed so markedly in that period.