What is a life worth and what is its impact on others? That is at the heart of the Australian premiere of Di and Viv and Rose by British writer (and actor) Amelia Bullmore. It is a reflection of friendship and how ties that bind can be oh so strong.

Rose (Mandy McElhinney) is a gregarious teenager at a Northern England university in 1983. She moves in with two people she has just befriended. One is a grounded sportswoman, Di (Nadine Garner), who happens to be gay. The other is the far more serious Viv (Belinda McClory). They are an unlikely trio, from different classes and different places, yet they become like peas in a pod. Rose is prone to say and do just about anything. One thing she can’t get enough of is “boys” (“merrily promiscuous” as playwright Bullmore calls it). Her roomies are worried that could get her into a whole lot of trouble. But Rose’s bright countenance doesn’t allow that to enter her consciousness. Then one of her mates has a shattering encounter. 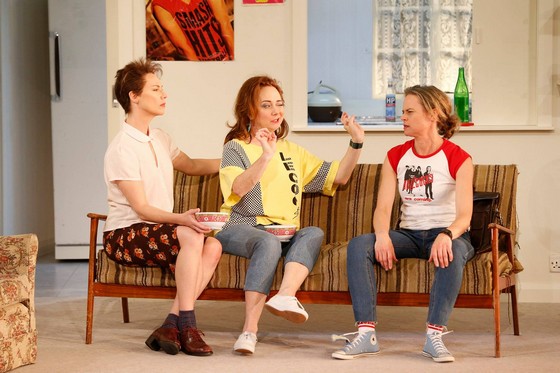 Di and Viv and Rose spans the best part of three decades. It shows us how life works out for each woman; in which direction it leads them after a couple of years living together in close quarters. The writing is pithy and warm. The characters are beautifully drawn and well realised. It is a special piece of work.

McElhinney provides the lead and she is stellar, capturing her character’s joie de vivre and humour brilliantly. She’s ably supported by Garner and McClory.

In reminiscing about her own university days, Bullmore says she came across people she had never met before and was part of things she never would have expected to have been. She experienced the sort of intense friendships she portrays in Di and Viv and Rose. Bullmore says she wondered if she could capture what it was like to know and love people for a long time in a compact time frame. Well, the answer is a resounding “yes”. This is engaging reality comedy, mixed with drama and pathos.

Marion Potts, who does a fine job directing, says Di and Viv and Rose isn’t black and white. “It’s perhaps the sophistication of the playwright’s own brand of feminism that makes it so. It reveals the complexity of its characters, but also the complex repercussions of their choices.”

The staging by Dale Ferguson is a feature. Not only does the set rotate, but the vignettes which start the play – introducing the three characters as they begin interacting – involve ingenious moving panels at the front of the stage. That results in our eyes being drawn to only a portion of the stage at a time, a device that is used frequently throughout the production. Some may find that distracting. I thought it was a very clever and effective device. 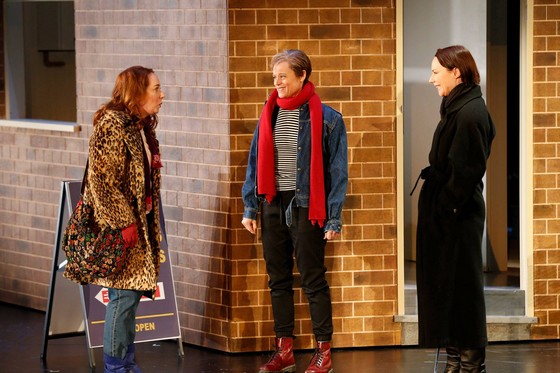 The show lasts for the best part of two and a half hours (including a 20 minute interval), with the first act coming in at a hefty one hour 20. That felt a tad over-indulgent, though all the uni years had to be contained within it. After that, it was all about what happens post studies.

Entertaining, endearing and moving, Di and Viv and Rose is a real crowd pleaser that deserves to do well. It is playing at Southbank Theatre, The Sumner until 16 September 2017.

* I attended a preview performance of Di and Viv and Rose.