The Nightingale and The Rose is a Gothic fable. It was first published in 1888 as part of Oscar Wilde’s anthology titled The Happy Prince and Other Stories. It explores the beauty of love and art from the perspective of an effervescent nightingale. 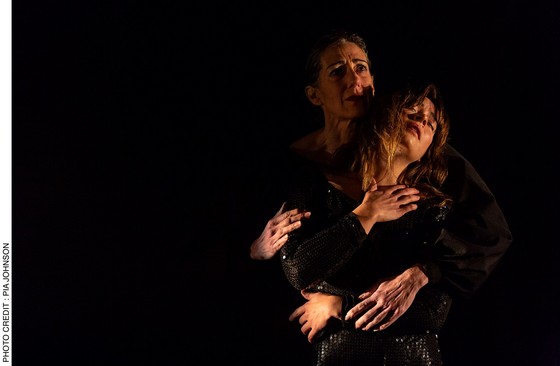 The bird hears the longing cries of a young student desperate to find a red rose to give to his sweetheart. On her quest to retrieve the flower for the lovesick pupil, the nightingale is confronted by a life changing decision. She must raise her voice for the rose and pay the ultimate sacrifice; or the student faces eternal heartbreak. The outcome though mightn’t be what the nightingale or the student expected.

This is the second part in a trilogy of adult re-tellings of Oscar Wilde’s most bewitching children’s stories. It’s hardly a conventional narrative. Instead, opera meets poetry in this lyrical work, which is overlaid with drama and romance.

Dressed in a long black gown with puffy sleeves, Jennifer Vuletic sings her heart out as the nightingale. She prevails on three rose bushes – white, yellow and red. Her overture to each is simple: “Give me a red rose and I’ll sing you my sweetest song”. But none is readily able to accede to her wish; and so the story’s dramatic arc builds.

Brigid Gallagher is the young student in the grip of what she believes to be “true love”, while Yuchen Wang plays all three rose bushes and the object of Gallagher’s affection. Wang is dressed only in white underwear, white socks and shoes. He and Vuletic certainly make a statement by their respective attire, while Gallagher’s look transposes from casual to an elegant sequined dress. 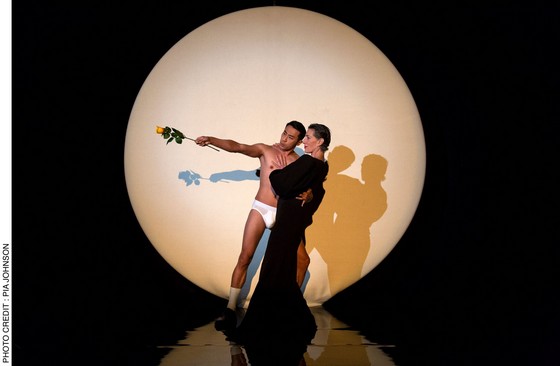 The backdrop, like the characters, is striking – a large moon at the back of a black stage. Stage left is Gallagher’s student quarters. Stephen Nicolazzo directs.

What to make of all of this? Love is blind. Happily ever after is only true in fairy tales, not in Gothic fables. Is it a parable reflecting on life’s complexities and disappointments?

Regardless, The Nightingale and The Rose is performance art with a decided difference – esoteric in nature and execution. Presented by Theatre Works and Little Ones Theatre, the 45 minute piece is playing at Theatre Works in St Kilda until 10 June 2018.