It somehow seems ironic that a film exploring the last days in the life of a famous artists should itself be about as interesting as watching paint dry. At Eternity’s Gate is a biopic of the eccentric and misunderstood artist Vincent Van Gogh who died at the age of 37 in 1890. 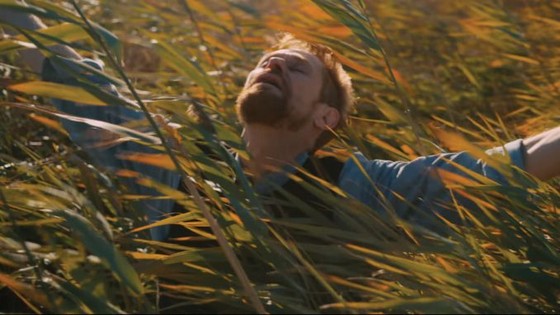 This story of the troubled Dutch painter has been depicted on screen many times before, most notably with 1956’s Oscar winning biopic Lust For Life, with Kirk Douglas as the painter; in Robert Altman’s 1990 drama Vincent And Theo, with Tim Roth in the role; and also in Paul Cox’s 1987 documentary Vincent: The Life And Death Of Vincent Van Gogh, recalling the artist’s suicide through the intimate letters of his brother. And recently we had Loving Vincent, a beautifully detailed and painstakingly hand-painted animated film that explored the last days of Van Gogh’s life through his own letters. A companion piece to that film, At Eternity’s Gate explores familiar material, but adds little new to the story.

At Eternity’s Gate looks at Van Gogh’s time spent in self-imposed exile in the French town of Arles at the end of his life. The film gives us a sense of the deeply troubled and self-destructive artist at work during a particularly prolific period of his life, although he didn’t manage to sell a single painting while he was alive. Willem Dafoe (The Florida Project) perfectly inhabits the role of Van Gogh here, and he bears a striking likeness to the artists. The Oscar-nominated actor effectively conveys Van Gogh’s troubled emotional state, his anxieties, his world weary attitude and prickly personality, and he delivers a haunted, melancholic and largely internal performance that ranks as amongst his best work.

Director Julian Schnabel (Basquiat) has built a career out of exploring the lives of troubled artists. As an artist himself he has particular insights into the mind set of tortured artists and their struggles and their creative process, and he uses this to inform this meditative drama. He even taught Dafoe how to paint to lend authenticity to certain scenes. At Eternity’s Gate is his first film in eight years. The script has been written by Schnabel himself, in collaboration with Jean-Claude Carriere (best known for his work with the legendary Luis Bunuel and The Unbearable Lightness of Being) and first time writer Louise Kugelberg, who also edited the film. They drew on Van Gogh’s letters and paintings to shape the script, although they have also invented some scenes for dramatic impact. But there is little here that we haven’t seen before.

Schnabel adopts something of an impressionistic take on the material, and he is aided by the superb, elegiac, lyrical and visually stunning cinematography of Benoit Delhomme (The Theory of Everything), who uses hand-held camera to create a first person perspective as we often see events through Van Gogh’s eyes. Delhomme also employs a yellow palette throughout, as this was apparently Van Gogh’s favourite colour.

The cast also includes Oscar Isaac who plays fellow artist Paul Gauguin, with whom Van Gogh had long discussions and heated arguments. He and Dafoe develop a prickly chemistry that informs their relationship. Rupert Friend plays Van Gogh’s caring younger brother Theo, Mads Mikkelsen pops up briefly as a fictional priest who assesses Van Gogh’s sanity, while Mathieu Amalric plays Dr Paul Gachet, and Emmanuelle Seigner appears as Madame Ginoux, a cafe proprietress whom Van Gogh painted often during his stay in Arles. However, their characters are not fleshed out enough.

At Eternity’s Gate is a lyrical and visually stunning film, although Schnabel’s sedate, almost glacial pacing and a distinct lack of action will put off many.