All My Sleep and Waking was an early play (first?) written by Mary Rachel Brown, first performed in 2002 in a 55 minute one-act version, that has had recent and further development with mentor/director, Dino Dimitriades, of the Apocalypse Theatre Company. 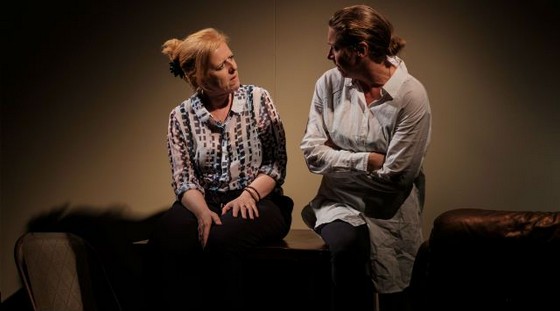 Three siblings, Maria (Angela Bauer), Anne (Di Adams) and Peter (Richard Sydenham) await – with Anne’s son, Josh (Alex Beauman) – the passing of their father from a longterm illness – we never meet the father figure. Each of the siblings have weathered his abusive and difficult influence as a sole parent – their mother died when they were young – in different manners. Maria elected to stay in the family home and care for him, Anne fled and refused to have any connection with him (for years), and Peter has found himself bereft and lost in the life that he exists in.

All My Sleep and Waking is a pointillist portrait of each member of a family built up with details of character and by the interactions between each in numerous scenes revealing the ‘spots’ of behaviour with which each is burdened that, apparently, they will never be able to change. There is much dexterous observation in the writing and some humour in this portraiture of Mary Rachel Brown’s, and, occasionally, a reach of poetic simile – the fish and the aquarium.

There is, however, on the other hand, little dramatic narrative development from those same scenes – the play stays relatively static in its unwinding – the movement of narrative does not cover much ground. The sisters quarrel, the brother remains steadfastly dazed, bewildered, and the young man pointlessly attempts to be an interrupter/circuit breaker, a voice of sanity and placation, to the ‘bad’ behaviour of his elders. (What influences created such a positive, stable person, is a mystery. His mother, Anne, seems so unforgivably angry.) 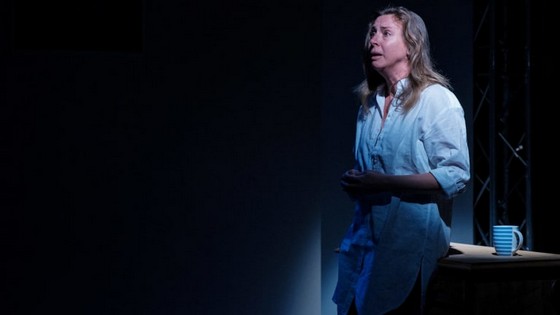 The performances are astute and expressed with subtle nuance, and mostly moved by Mr Dimitriades with skill around a fairly unimaginative (budget restricted?) setting (Maria Keys) of working class decay – the usual environs of Ms Brown’s concerns. The lighting from Alexander Berlage exposes the design, pitilessly, while there is some distraction provided by the reliable work of the sound designer, Ben Pierpoint.

All My Sleep and Waking is more an exercise in character reveal than in storytelling. Anton Chekhov, and contemporaneously, Annie Baker, achieved both in their plays: character reveal and narrative trajectory.