My Night with Reg by Kevin Elyot is a prize-winning play that has often, still is, revived around the world. It is made up of three scenes in the apartment of Guy (John-Paul Santucci), a single gay man, and a group of friends who intermittently, but loyally meet up. Time wise it covers several years. 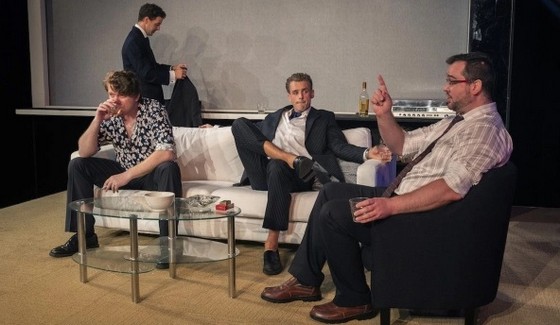 Reg never appears in the play but has had an impressive set of relationships with nearly everybody else in the play. It is set in the times of the rise of the HIV epidemic, though no-one ever names that devastation. We gather through the conversation of the men in each of the scenes of the death swathe that has been going-on, literally behind the scenes – in the wings, so to speak. The content of the play is a witty comedy of manners with different ‘types’ of gay men represented. It is charming, funny and, ultimately, soulful.

This production, directed by Alice Livingstone, set in a very inviting living room, tastefully decorated and discreet (set design by Tom Bannerman), with muted, soft lighting (Mehran Mortezaei), is gentle in its pacing, played by a team of actors who are comfortable with the politics, the milieu and the comedy technique demanded. They seem to be so comfortable as an ensemble.

Steve Corner (hunky, lustful Benny), James Gordon (four square handsome, everybody’s ‘dream-boat’, stunted by a lack of a developed emotional intelligence, John), Steven Ljubovic (campy Daniel, the air line steward, carrying all that that cliche profession may endow him with), John-Paul Santucci (shy, vulnerable, almost closeted, Guy, everybody’s host), Nick Curnow (Bernie, boiling with suspicions that are disastrously self-punishing) and Michael Brindley (Eric, the youngest of the group on a slow journey of awakening), are clear in their dramaturgical function and status in its construction. 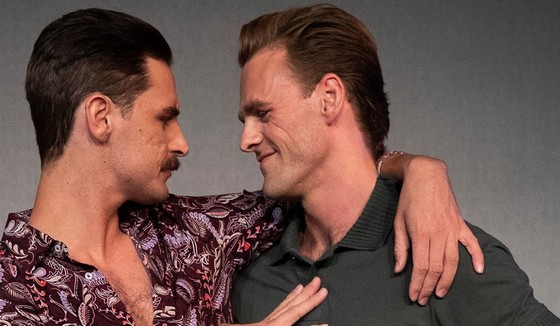 Mr Brindley catches the eye with his detailed ownership of Eric, and gives a very satisfying performance, as does Mr Curnow as Bernie, in a much less featured role. Interesting, as well is the nervous touch that Mr Santucci brings to Guy – he raises one’s curiosity and empathy.

My Night with Reg is a gentle, good if not, necessarily, great production at the New Theatre. It is a very good play that deserves its constant re-appearances on the stages of the world. It is the New Theatre’s annual contribution to the Sydney Gay and Lesbian Mardi Gras Festival.