Harry Potter on stage rocks. Harry Potter and the Cursed Child re-writes the rule book when it comes to what’s possible in a play and is set for a long run in Melbourne. Two years is guaranteed. Beyond that, we shall see.

This is the eighth story in Harry Potter the series and the first official to be presented on stage (though there’s the unofficial spoof Puffs). It arrived with much promise and I’m here to tell you it hasn’t been over-hyped. It truly delivers, although be prepared for a long sit – more than four and a half hours – if you’re going to see both parts in one day. 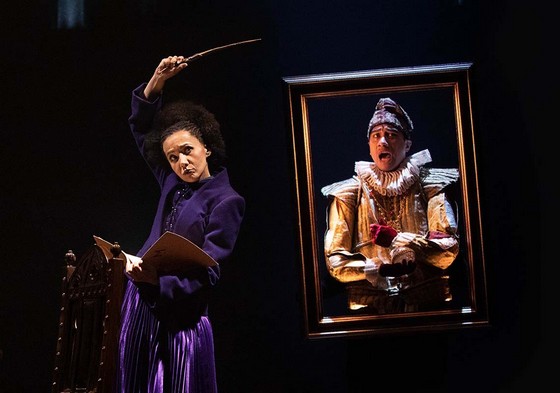 You don’t have to be totally familiar with the Potterverse to appreciate the show, although that certainly wouldn’t hurt. If you weren’t one of those who queued up to buy the latest JK Rowling novel, don’t fret. The easiest way to familiarise yourself with most of the characters is to purchase a copy of the excellent program, which provides plenty of background material, without giving away any spoilers. Or you could simply Google “Harry Potter” and scroll through Wikipedia’s plot descriptor for the seven books.

On opening night the squeals of shock and delight from the audience – especially the young – were certainly noticeable in an audience composed largely of fans. With no shortage of twists and a series of cliff-hangers, the show sparks and sizzles. Yes, it’s magical, in more ways than one.

The “tricks” (Jamie Harrison is responsible) – of which there are many – concern appearances, disappearances, transformations and movement … and just keeping coming. They delight time and again, often met with healthy applause.  The production design is user-friendly. Hogwarts School, Kings Cross train station and other locales are realised through suitcases, bookshelves, beds, staircases, doors and archways.

With capes and wands forever at the ready, the 42-strong cast carries the considerable load with relish. The angst-riddled story – which centres around parents and their children as those kids are forging their own paths – is moving, dark and amusing. The narrative arc picks up 19 years after the ending of Harry Potter and the Deathly Hallows – the last book.

Harry (Gareth Reeves) is now married to Ginny (Lucy Goleby) and the pair has three children. The second of those, Albus Severus Potter (Sean-Rees Wemyss), is about to start at Hogwarts. Living under the massive legacy of his father – the most famous of all wizards – was never going to be easy, but they just don’t see eye to eye … on most things. Of course, Albus was expected to follow in Harry’s sizeable footsteps by being assigned to the house of Gryffindor, but that is not how it turns out. Further, Albus’ incompetence in the magic arts sees him become the subject of ridicule.

And he chooses as his best friend Scorpius Malfoy (William McKenna) the son of Harry’s arch enemy Draco (Tom Wren). Scorpius too has father issues. As the past comes back to haunt Harry, Albus and Scorpius must learn to think and do for themselves, but along the way they – like Harry – will take plenty of missteps.

The narrative is the work of Harry Potter author JK Rowling with Jack Thorne and John Tiffany. The latter also expertly directs this production. The mix of adventure, family and illusion is a heady one that works wonderfully from the start. Of course, the characters and their interactions make it so. At some point all are troubled. 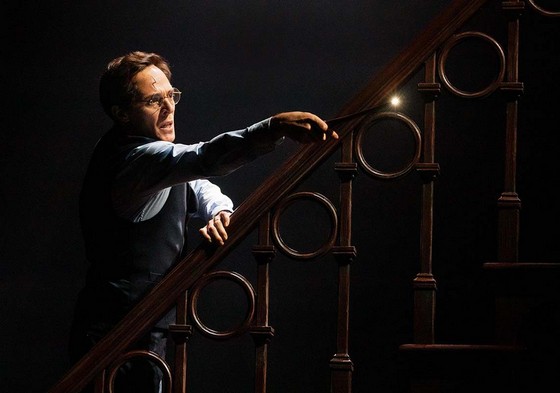 Gareth Reeves channels the torn Harry well. There’s no mistaking the serious figure of Hermione Granger in Paula Arundell’s portrayal; while Gyton Grantley provides comic relief as Ron Weasley. William McKenna as the nervy Scorpius gets some of the best lines and has an entertaining style of delivery. Sean-Rees Wemyss has big shoes to fill in the pivotal role of Albus Potter and plays a winning hand, combining vulnerability with persistence in revealing his character’s heart. Gillian Cosgriff is a total scene-stealer as Moaning Myrtle – one of my highlights – while David Ross Paterson milks the persona of Severus Snape for all it’s worth and totally triumphs.

The effusive and enthusiastic Madeleine Jones is also highly deserving of praise as Albus’ friend Delphi Diggory. She isn’t the only enthusiastic one though. I dare say everyone in the theatre will be, as Harry Potter and team have cast a wide spell that isn’t likely to be broken any time soon.

Harry Potter and the Cursed Child Parts 1 and 2 is showing at Princess Theatre in Melbourne for the foreseeable future. The first part runs for about 2 hours 40 minutes, including a 20-minute interval, and the second is approximately five minutes shorter.