Night Slows Down, is a new Australian play, by Phillip James Rouse.

It is an ambitious play, with a flashback set of scenes interpolated into the forward action of the narrative, that attempts to illustrate the modern political world where the Nationalistic/Fascist tendencies of a government can lead to overwrought and misconceived expressions of power, as in the case in this play, the building of an architectural ‘monument’ as urban renewal that results in death and destruction. Where ideological needs of Image of Power over rides ethical and moral (practical) boundaries. 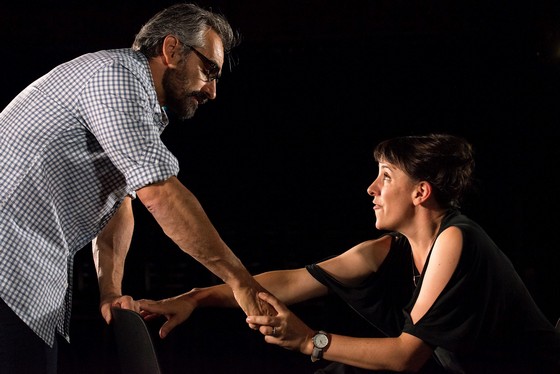 It is in the using of the power struggle between siblings, Seth (Andre de Vanny) and Sharon (Danielle King), with her partner, Martin (Johnny Nasser) as a pawn to the circumstances, that Mr Rouse, propels his story. The domestic in the universal. Sharon is an engineer coerced by her brother to supervise a government project. He wants swift result to enhance his career, and is deaf to her urgent protests of his time recklessness and risks to safety in his insistence of action. The vehemence of Seth’s need and ‘violent’ usage of his sister is sprung from the turning point of the disinheritance of Seth from their father’s will! It struck me his passion seemed brashly disproportionate and a pathetic well spring for the whole action of this 75 minute play.

Mr de Vanny, gives a performance of committed energy, whilst Ms King seemed less sure of her character’s trajectory, with a tendency to overplay the emotional tropes of the character, in consequence. While Mr Nasser gives an opaque execution of his character’s place in the thematics of the story – is that, I wondered, because of the writing? Besides been written by Mr Rouse, he is also the director. 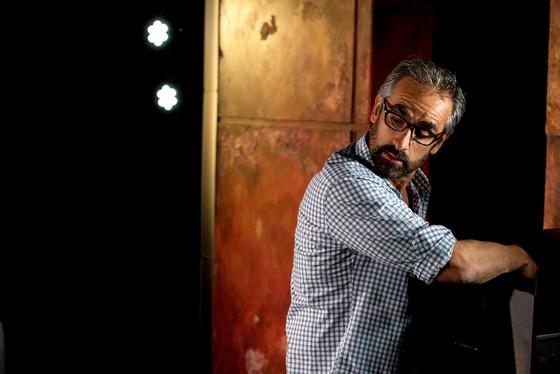 The design, by Anna Gardiner and Martelle Hunt solves the traverse problems with skill and is lit by Sian James-Holland, while the sound design, also by Mr Rouse, is fairly ‘grandiose’ in its affects.

Mr Rouse in his project notes concludes: “I won’t tell you what to think or do about anything this play covers. I simply hope you are moved.”