A hard working wife and mother has her life is turned upside down in Michal Aviad’s Working Woman. 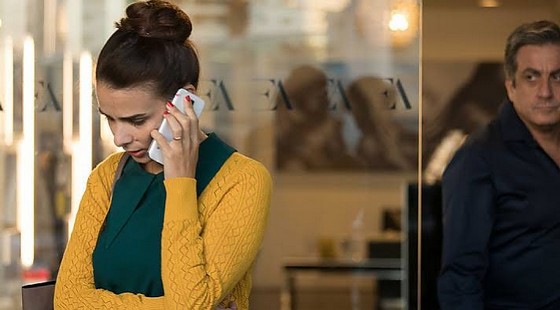 Orna (Liron Ben Shlush) is happily married to Ofer (Oshri Cohen). They have three young children. Two months ago, Ofer opened a restaurant, but the business is struggling. Middle-aged businessman Benny (Menashe Nov) offers Orna work selling luxury real estate. Although she has had no experience, she’s keen to give it a go. Although the hours are long, she takes to it like a duck to water and quickly impresses Benny. Then he steps over the line.

Co-writer and director Aviad has crafted a compelling drama, which rings true from beginning to end. The performances are natural, the situation presented appears totally believable and it generated anger in me.

The first time Benny made advances, Orna should have walked. But she needed her job and he begged forgiveness. He promised he wouldn’t do it again … and she believed him. It is so easy to blame Orna for being too understanding, but she was blindsided. The problem identified in the film has been endemic for so long. Of course, things are changing, but that doesn’t mean men won’t continue to exploit women physically and mentally. And yes, I know the situation can happen the other way around, but by far the vast majority of instances involves the man as the aggressor.

Aviad has taken that and molded it into a film of substance and quality.

I was particularly taken by the acting. Liron Ben Shlush is instantly plausible as the resilient employee, partner, mother and daughter. She shows pluck and courage, but also vulnerability. Menashe Nov displays the necessary arrogance and entitlement to believe he can get away with satisfying his character’s carnal desires any way he chooses.

The longer the movie goes the more I detested Benny and what he stands for, a tell-tale sign of the film’s effectiveness. Working Woman is skillfully executed. It pushed my buttons and should be seen.