The AICE Israeli Film Festival is currently in full swing in Sydney and Melbourne. Having run since 2005, the festival aims to bring the best in Israel’s national cinema to Australia.

The festival opened with with Home Port (see below) and will be running until 17 September. A special festival event promises to be the retro screening of the 1940 Australian film, 40,000 Horsemen. The film’s screenings are timed to commemorate the 100th anniversary of the liberation of Beersheeba in World War I. 40,000 Horsemen marked the rise of Charles Chauvel as a force in Australian cinema and culture.

Here are some of the other highlights. 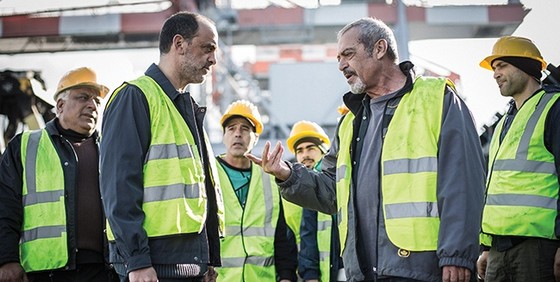 A gritty working class drama focusing on a lifelong seaman, Home Port concerns industrial thuggery at an Israeli container port. While you might think that would make for a rather dull film, that couldn’t be further from the truth.

After 30 years at sea, veteran Aharon Avitan (Yoram Hattab) returns to shore duties in time for the birth of his first grandchild. Divorced, he looks forward to living a quiet life surrounded by family and friends, although his daughter Tali (Liron Ben-Shlush) isn’t exactly happy to see him. Appointed as Head of the Marine Department at the port of Ashdod, in southern Israel, Avitan soon locks horns with Rachamim Azulay (Shmil Ben Ari). The latter is a long-time, highly regarded union organiser with a firm grip on the port’s operations. Against a background of looming privatisation, the clash soon develops into full-blooded warfare as the workers take to the barricades to defend long held practices from a man eager to reform their work environment.

Co-written and directed by Erez Tadmor (Wounded Land), Home Port has a lot going for it and keeps you guessing throughout, as you try to forecast the next move.

LAND OF THE LITTLE PEOPLE

What impact does a militaristic culture and upbringing have on the next generation? That is the question at the heart of the hyper-real drama Land of the Little People. 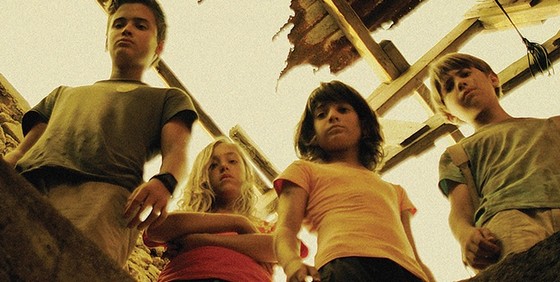 Four youngsters – three boys and a girl – who live in a village of military officers’ families, hang out together. An old abandoned army base, located in the surrounding wild fields, turns into their base camp. Israel is at war and most men have been drafted to serve the country. Their wives anxiously sit in front of their television screens to obtain the latest news, often leaving the children to their own devices. The kids come across two soldiers – deserters – who are now using the children’s hangout as their hideout. The kids try to regain control over their “stolen” territory, but the soldiers hold their ground. The stakes are soon ratcheted up.

In his film, writer and director Yaniv Berman raises the question of how the ongoing conflict can ever come to an end “when generations of children grow up in this environment and have come to known only the aggressive solutions to their problems”.

The dystopian society presented in Land of the Little People may only be a hair’s breath away … in many of the world’s trouble spots.

The AICE Israeli Film Festival screens between 6 and 17 September 2017 in the following locations: