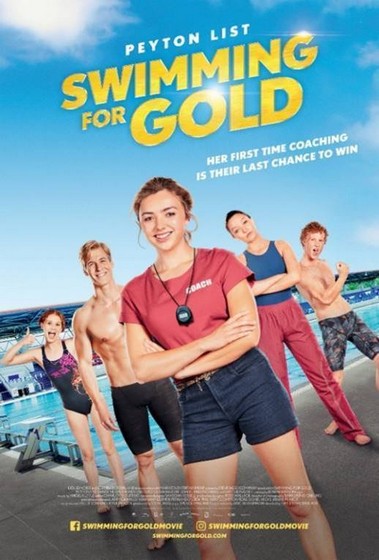 We have 10 double in-season passes thanks to Athabasca Film.

17-year-old Claire Carpenter (Peyton List) was an elite swimmer and social media darling until an accident left her with a fear of drowning. Tired of seeing his daughter with no ambition or purpose, Claire’s father sends her to Australia to coach an elite boys swim team, much to Claire’s irritation. Upon arriving at the swim camp, Claire is further horrified to find she will be sharing a room with her long-time rival and sworn enemy Mikayla Michaels (Lauren Esposito). When Claire shows no interest in training the boys, or even being there, Liam (Daniel Needs) – the captain of the boys’ team – challenges her ability as a coach, explaining that if they don’t win the swim meet, they’ll lose their sponsorship. Claire sees in Liam the passion she once had for swimming and steps up to prove him wrong.

As a child, Peyton List starred with Kathryn Heigl in which 2008 film directed by Anne Fletcher?