What eventually anchors the travellers of the world, or returns the travellers to their origins, is family.  Kokomo is an assured debut novel that has much to say about how a chance connection can alter a person forever in ways that may not ever be noticed by anyone else. 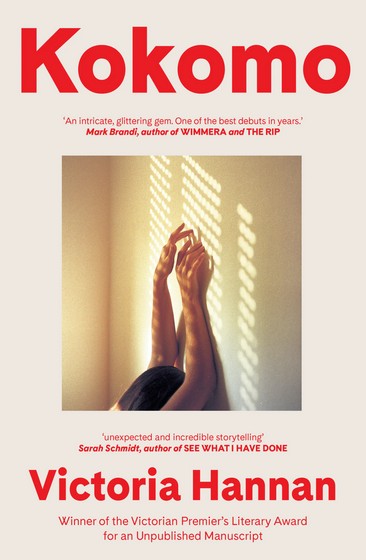 Mina’s life is just about to take off.  She has the great job, she has the sparkling London life, and she has recently begun something with her gorgeous office husband Jake.  Receiving a call that her mother back in Melbourne was spotted outside of the family home for the first time in years brings Mina crashing back to earth. She immediately jumps on a plane.

Mina and Kira always knew that that they were best friends for life.  Kira understood why Mina had to leave Australia after the death of her father, more so than Mina’s boyfriend of the time who chose to stay behind. Kira’s mother Valerie welcomes Mina home like a long lost daughter, and once again Mina reflects that her family life was never like that of the Chengs.

Finding out that her colleague (and work husband) back in London has used her absence to leapfrog his way to a promotion that should have been hers sends Mina into a spiral. This is exactly the time when Mina needs Elaine to actually interact and act like a loving mother, rather than someone frozen in the past with little to say or explain.  Elaine has her reasons, even if she is not able to articulate them to herself or anyone else.

Kokomo is one of those books that perhaps needed to find its feet a little earlier in the piece that it did.  There is a need to push on through the first few chapters, which give the impression that the reader is in for angsty ride about the agonies of the hard done by and disillusioned youth.  Kokomo warms to itself and becomes a lot more.

The arrogance of the young assuming that their parents never had to face the same challenges as themselves is a universal experience gently explored in Kokomo. That you can never really return home the same person you were before you left is gradually realized by Mina, who wished she was a part of another family whilst being oblivious to the turmoil being invisibly experienced in her own.

Kokomo is a gently written novel about the power of love and duty, family loyalties and lifechanging battles quietly fought, unseen.

Kokomo is the debut novel of Australian author Victoria Hannan. Kokomo won the Victorian Premier’s Literary Award in 2019 for an Unpublished Manuscript.