Only in cinemas from 5 September 2019 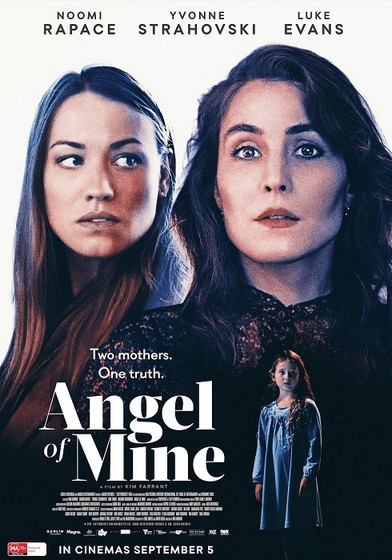 We have 5 double in-season passes thanks to R & R Films.

Seven years after the death of her daughter, Lizzie (Noomi Rapace) locks eyes on a sight she thought she’d never see again: a girl, Lola, who is the spitting image of her own lost child. As she battles for custody of her surviving son, Lizzie’s obsession with Lola only grows – befriending Claire, the young girl’s mother (Yvonne Strahovski), following her everywhere and forcing long-held secrets out into the open.

Angel of Mine star Noomi Rapace played Lisbeth Salander in three movies based on Steig Larsson’s “Girl” novels. But which one of those three was released first?