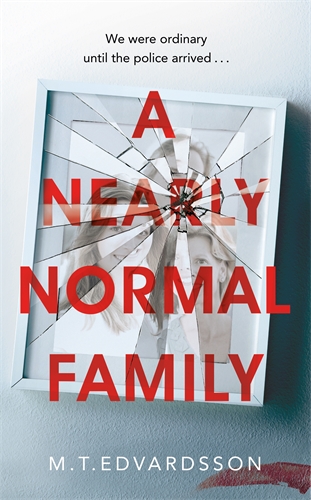 Stella is the only child of Adam, a pastor, and Ulrika, a lawyer. Stella is now of legal age and looks forward to soon taking an Asian holiday with her best friend since childhood, Amina. The two teenagers have been through much together and of course, know a lot more about each other’s true selves than their parents do. It’s that degree of separation that Stella prides herself in maintaining, seeing as her parents are both so clueless that they buy her a scooter for her birthday when Stella had clearly stated that she wanted spending money for her trip. There are many things that Adam and Ulrika do not understand about Stella and raising their strong willed daughter has not been an easy ride. Even so, Adam and Ulrika never thought it would be possible that Stella would be accused of a crime such as murder.

It is a little classist, but the novel itself acknowledges this point by having the character of the father mull over it once or twice. This is not a normal family – this is a wealthy family, who are able to hire a lawyer, therapists for their troubled child etc. This accused comes from a place of considerable privilege and you get the sense that this is what bewilders the parents in this book the most. The opportunities were there, the stable parental dynamic was there (or was it?) and the focus was placed on a single child. Yet, their daughter Stella still is caught up in relationships and situations that she is not mature or experienced enough with to extricate herself safely from.

This is one novel that goes deep into backstory, motivations, character development and the evolution of a family that find themselves caught up in a murder investigation and trial. The court room scenes are the strongest passages of the book and it is felt that the novel would have been a more immersive read if there has been more time spent on this more clinical deconstruct of a crime, as viewed from outside of the family.

A Nearly Normal Family is an elegantly written work that features the voices of three members of the same family – father, mother, adult child – who are all dealing with a crisis the best way that they know how. Finding out that they do not know everything about each other comes as something of a shock, and it is the slow progress to acceptance of this knowledge that forms the basis of the book. Three people living in the same house are still individuals, each with their own secret inner life.

If you are a fan of the deceptively slow burn in a novel and appreciate deep diving into the complexity of family dynamics, A Nearly Normal Family could be the next great crime fiction discovery for you. This is a very layered work and the timelines do cross over here and there, giving you the same event from different perspectives. Part family drama, part thriller, A Nearly Normal Family straddles the balance between the two with confidence, taking the crime reader behind the evolution of a crime and examines the ripple effect of those that struggle to understand how on Earth this could have happened to someone they thought they knew well.