We have all had to wait a long time, but surprise, surprise, a new play from William Shakespeare is being performed at Sydney’s Genesian Theatre. A manuscript from the greatest English playwright of all time has been unearthed from a carpark in Leicester and acts as a prequel to many of his famous lifetime literary works.

This ingenious piece of theatre is humorous and spellbinding. Created by Austin Tichenor and Reed Martin, Shakespeare’s Long Lost First Play (Abridged) is a modern-day spoof of his plays. 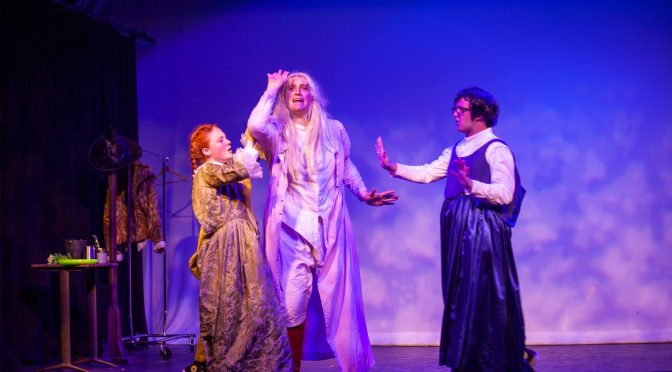 The three actors (Casey Martin, Paris Change and Riley Lewis) begin by explaining the nature of the newly found manuscript. Written by a pimply 17-year-old Shakespeare, it has more than 100 hours of stage production time and contains many known characters and monologues. There is far too much material, so the three ‘producers’ set out to cut it down to a more user-friendly, 90-minute show.

Using narration and accelerated costume-changes, the characters of Shakespeare we grew up with come alive. Some monologues are word-perfect, while others demonstrate the Bard’s immaturity at 17. For example, the line “a whore, a whore, my kingdom for a whore” was later watered down in Richard III.

Many familiar characters, such Lady Macbeth, Puck, Juliet, Romeo, Cleopatra, Ariel, Cordelia, Viola and even Richard III, who plays a ukulele and sings, are showcased.

There is a even a clever comparison between Shakespeare’s works and Walt Disney’s animated films, with special mention of Ariel (The Little Mermaid) and Hamlet (The Lion King). So many similarities, in fact, that “Stratford-upon-Avon should be called Shakespeareland”.

With a witty script, lots of innuendo, double entendres, nonsense and mayhem, the completed performance is a compliment to director Tom Massey. The actors, a delightful blend of youth, enthusiasm and passion for literature, are impressive. 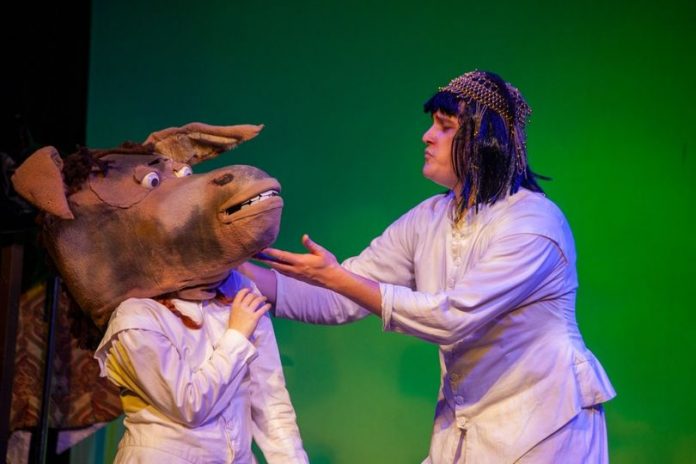 William Shakespeare’s Long Lost First Play (Abridged) is a comic masterpiece, I dare say something which even Shakespeare himself would have been proud to have claimed credit for.

I heartily recommend this production, which is a worthy tribute to the the great man’s genius.