In 1987 Pat Cash won Wimbledon, but he didn’t win the Australian male athlete of the year award. Instead, that accolade went to Wayne Gardner. That was the year Gardner became the first Australian to win the 500cc Motorcycle World Championship. The documentary Wayne charts his story from humble roots in Wollongong to the top of his chosen sport. 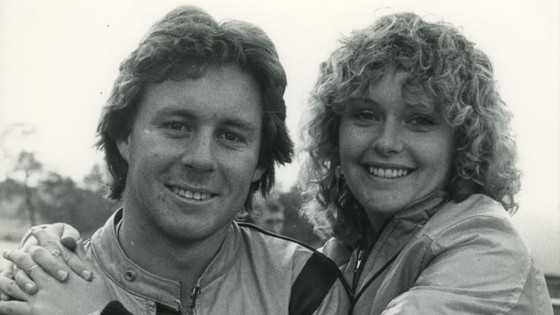 It began with the purchase of a $5 dirt bike. Wayne’s bare-knuckle riding style caught the attention of a Japanese team boss of almost mythical status, Mamoru Moriwaki. Never one to let an opportunity slide, Gardner accepted Moriwaki’s invitation to race in England.

Gardner’s rise to the pinnacle of motorbike racing is explored in detail. However, along with the fame came the pressure of being one of Australia’s most popular sporting figures.

But this doco is more than just the tale of a larrikin. It’s also a love story between Wayne and the woman who went on to become his wife, his childhood sweetheart Donna. She left home at 17 to be by his side. It speaks volumes that even though they subsequently divorced, the separation was amicable and they remain on friendly terms. Her input into the documentary is invaluable in casting a light on the man and his achievements. Her interview clips are illuminating.

I enjoy stories of people defying the odds, and sport gives you that in spades. At any moment on a racetrack, you’re a split second away from a disaster. That’s certainly evident in Wayne. We hear from the man himself as well as his rivals, friends, parents and confidantes.

The film also captures Australia through the ‘80s via historical footage illustrating what the country was like back then. Wayne Gardner was living the dream; and Australians loved him for it.

Director and writer, Jeremy Sims is a practised narrative filmmaker, with the likes of Last Cab to Darwin behind him.

The only thing I wasn’t sold on in Wayne was the use of simple animation to fill in gaps in Gardner’s his early years. I considered that odd and out of place. Otherwise, the story of the “Honda” man who raced in the biggest of leagues for 10 seasons is compelling and affecting.