Much of both on-screen and written fantasy is based on Western mythological traditions. Witches, wizards, elves, dwarves, unicorns, vampires and dragons are the mainstay of most of the fantasy-related media we tend to consume. 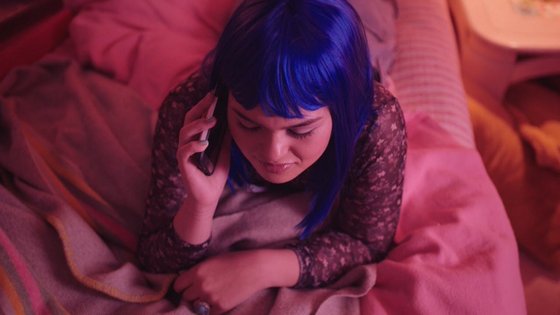 From Harry Potter to Game of Thrones to Buffy the Vampire Slayer. So it is refreshing to encounter speculative fiction on television that draws from a different cultural source. In Australia recently we had Cleverman, a science fiction series that drew on Aboriginal mythology. And SBS On Demand now has series one of six-part Canadian series Trickster, with a plot and action that is based heavily in indigenous Canadian mythology. This first series of Trickster is based on the book Son of a Trickster, itself the first in a trilogy by indigenous Canadian author Eden Robinson.

Jared (newcomer Joel Oulette) is a teenager living with his mother Maggie (Crystal Lightning) in Kitimat, in a small, depressed but beautiful logging town north of Vancouver. Jared is the local drug dealer, using his job at a drive-through takeaway joint as cover for his distribution. Then Wade (Kalaniu Queypo), an old friend of Jared’s father, comes in to town. The last time viewers saw Wade was in the cold open to the series where he was being chased and seemingly killed by Maggie in a fight over the fate of a newborn baby. Wade claims to be Jared’s real father, but he is also a Trickster, a shapeshifter who often takes the form of a raven. Wade’s arrival on the scene, together with a number of possibly supernatural incidents, throw Jared’s life into disarray.

In some ways Trickster is typical ‘Young Adult’ fare. It is the story of a young man coming-of-age, learning bitter truths about his parents and his life and coming to terms with the responsibilities of adulthood. As with many narratives of this type, the supernatural elements can be seen as metaphors for the process of growing up. Despite all of the lore underlying the action, Trickster remains grounded. Jared may have powers he does not understand but he still needs to deal with going to school, parents who have separated, his own addictions and his mother’s new antagonistic boyfriend.

But Trickster is much more than this. Creator and director Michelle Latimer, together with her mainly indigenous cast and crew, has infused the series not only with local mythology but also a consideration of the ongoing impacts of five hundred years of colonisation on the descendants of a traditional culture.

The series deals with issues of dislocation, forced religious schooling, drug and alcohol dependency, intergenerational trauma and the effects of rampant natural resource use on a nature-based culture. In Trickster, this latter issue is literally brought to life by a trio of supernatural beings who wear human skins and bemoan the destruction of the land, and a local campaign against the construction of an oil pipeline.

While much of the main action is resolved, the series ends not so much with a cliffhanger but with some very open threads. A second series has already been greenlit and given that the first series is based on a the first book of a trilogy there is plenty more material to draw on.